Results of the 2019/20 fruit and vegetable campaign in Almeria

The Association of Organizations of Fruit and Vegetable Producers of Almería, COEXPHAL, has recently presented the results of the 2019/2020 campaign; a period that has been marked, especially in the second part of the cycle, by the coronavirus health crisis. Still, despite this extraordinary event, marketers have been up to the challenge of supplying vegetables to all of Europe in a context of great uncertainty. In fact, the sector has even managed to increase its sales. With some products (zucchini or eggplant), this has been achieved in the months of maximum affection.

According to Juan Antonio González, President of COEXPHAL, “the producers and marketers of COEXPHAL have responsibly overcome this first phase, but we're facing the same challenges in the upcoming campaign, with perhaps even more uncertainty. Hence the importance of the entire sector being united and collaborating in order to overcome the setbacks that lie ahead.” 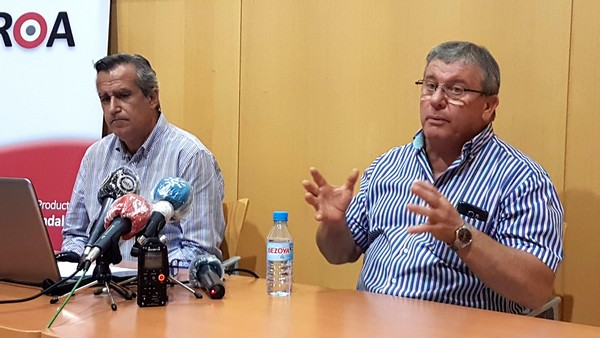 González has also outlined the main issues affecting the sector besides COVID. "Not only must we remain vigilant in the face of this health crisis, but we also have to deal with other issues that are putting our work at stake, such as the reform of the Food Chain Law, the increase in labor costs and the reduction of profit margins, the protection of the sector's reputation from "unfair" attacks, the uncertainty of Brexit, the competition from third countries and the economic, social and environmental sustainability of our companies and our business model. Faced with all this, Almeria's horticultural sector must be prepared.”

Balance: transitional campaign
In general terms, the average results are not very different to those achieved a year earlier. The marketed production has fallen by 2% and prices have increased by the same percentage. As a result, the income remains stable. "This campaign can be considered a transitional one towards a period of great uncertainty. It remains to be seen how the further impact of COVID or the economic crisis can take a toll on the fruit and vegetable sector," said Luis Miguel Fernández, manager of COEXPHAL.

However, when comparing this campaign with the average of the previous five, prices have dropped by 1%, the marketing has grown by 2% and, therefore, the income is up by 1%. It is worth noting that, in this case, there has been a 15% reduction in the profit margin. 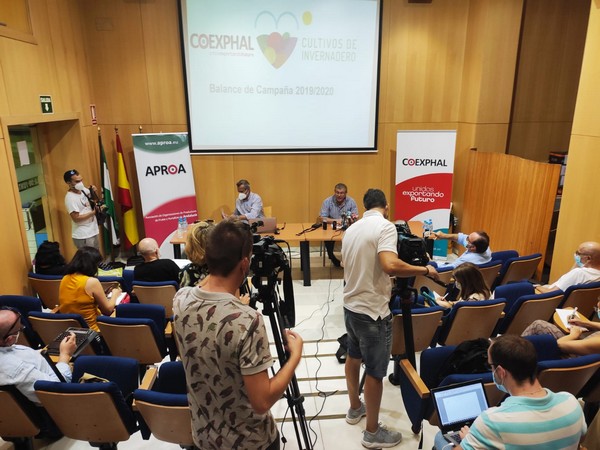 Peppers continue to record growth, as has been the case for more than 10 years. In fact, their production is up by 16% compared to the last 5 seasons, and by 7% compared to the previous one, assuming part of the decrease in tomato cultivation. The price shows an increase of 2% in this cycle. As a result, the revenue has grown by 9%. It is worth noting that, in this campaign, the marketing of peppers has surpassed that of tomatoes.

Cucumber prices have increased by 6% compared to the previous season, mainly due to the good prices in December, the strong rise in January and the general stability of spring, with the exception of April, where there were imbalances during the pandemic. The volume traded maintains its growing trend, with an increase of 2%. There is also a positive variation of 8% in the revenue.

The volume of eggplants marketed has increased by a significant 11% this season. This, without a doubt, has caused prices and incomes to fall by 19% and 11%, respectively. In contrast, this product has been one of the few that has seen its production and prices increase during the pandemic.

In recent years, the results achieved by zucchini growers have been strongly determined by the strong growth in the production, which appears to have been affecting the price balance, especially at the beginning of the season. In general terms, in this cycle, sales have grown by 12% and prices have fallen by 9%. As a result, the revenue and profit margin are down by 1% and 20%, respectively.

Lettuce sales have been reduced by 5%. Various meteorological problems at the beginning of the campaign, and later in March, affected the quality and volume of the harvest. Prices have been 11% higher than last season.

Positive result for fruits
The volume of watermelons marketed has dropped by 16%. This lower supply has had an impact on prices, which are up by 40%. In the first part of the cycle, the lower yield due to a colder than normal spring, together with rising temperatures in Europe, led to increases in the demand and prices; however, the situation changed dramatically in the second half of June. Despite the sharp contrast, the result has been positive, with an almost 20% increase in the income and a profit margin that doubles that of the previous campaign.

Melons have recorded a similar performance. The production marketed has fallen by 13%; however, the sale price has increased by more than 40%, so the average income is up by 22%, with a profit margin that almost doubles that of a year earlier. 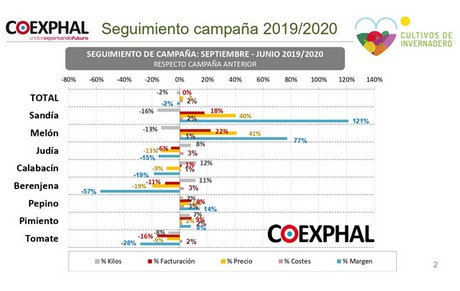 Lastly, Luis Miguel Fernández warned of the continuous loss of profitability of the fruit and vegetable production in Almería and recommended the implementation of various measures to protect the competitiveness of this economic sector, which is so important for the province of Almería.