There have been good amounts of rain in the Coquimbo region of Chile this year, which has been very good for the growers in the area. San Osvaldo is a grower-packer-exporter in the region whose most important product is lemons. Jose Manuel Ortiz shares: “We produce almost 9,000 tons of lemons for export, making us one of the largest producers in Chile.”

This year, the lemon season for San Osvaldo started in week 22 and is expected to last until week 38, or the middle in September, for the export market. “In comparison with 2019, this season started a little over a week early, but this is a normal variation,” Ortiz says. 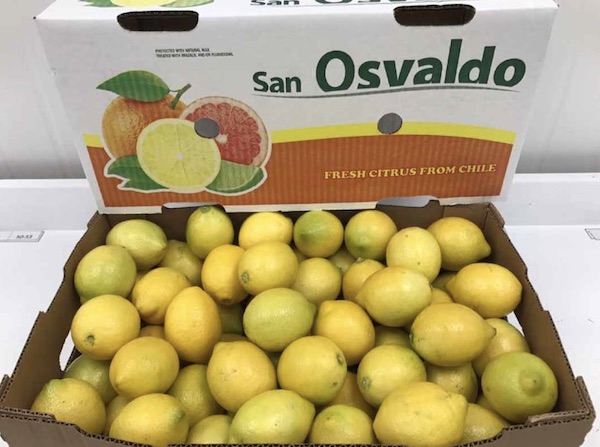 Good amount of rainfall this season
San Osvaldo has 350 hectares of their own production in Coquimbo. Chile has been facing a water shortage in the past years which has caused challenges for the growers. Ortiz explains: “In the geographical region where our groves are located, the situation of water shortage has been dramatic. This year, though, we have had a fairly favorable amount of precipitation, as well as snow accumulation in the mountains, and this has considerably improved the situation in comparison with previous years.” The rain has also brought a slight delay in the harvest, but overall, the benefits of the rains have proven to be very positive for San Osvaldo’s plantations.

Expanding production
This year, the forecast for Chile is to produce around 90,000 tons of lemons. “In general, these volumes are very similar to what they were last year. For San Osvaldo, our overall volumes will be higher this year because we have a new plantation coming into production and we are expecting a growth of 15% in export boxes,” Ortiz shares.

The company had anticipated a difficult season due to the pandemic, but fortunately this hasn’t been the case. “The pandemic has generated a series of unpredictable situations, and we thought it was going to be a difficult year but generally the citrus fruits have been moving normally,” Ortiz says, adding: “Lemons, particularly, got off to a good start with an adjustment in prices, which have remained at an acceptable level to date.” 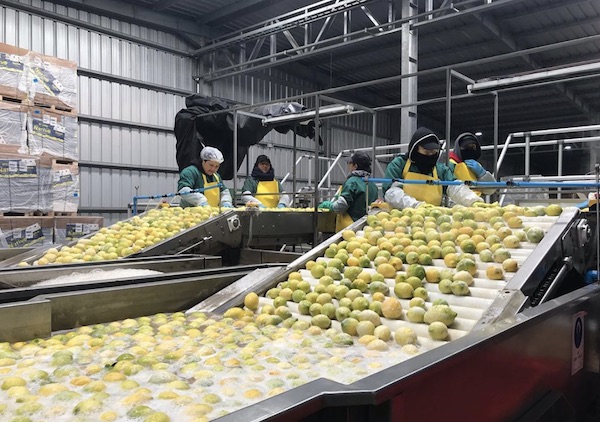 Smaller lemons moving slower
While in general the lemon market has remained relatively unaffected by the pandemic, the smaller size lemons are seeing some challenges. “Specifically, for smaller lemons, there has been a greater pressure on the market,” Ortiz says. The smaller sized lemons are normally used in the foodservice industry in the United States, and with the closure of the foodservice industry due to the pandemic, the commercialization of these lemons has been impacted.

Ortiz adds: “Our main challenge has been a general shift from selling in the spot market to programs with supermarkets. This has brought a change in our day to day operations, which was something that was difficult to prepare for.”

San Osvaldo exports their lemons mainly to the US, though the opening of the Chinese market to Chilean citrus has given them the opportunity to diversify their portfolio. The company is expecting to increase their lemon production by almost 50% in the next 5 years, reaching 13,500 tons of exportable product. “All of this is supported by our state-of-the-art infrastructure, and our professional team,” Ortiz concludes. 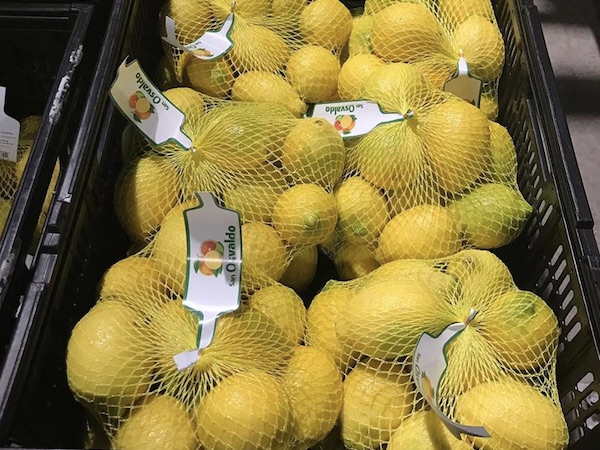