As the region’s population continues to grow, one Canadian city’s airport is working towards its future in continuing to move more perishable exports in the coming years.

In the province of Alberta, Canada, Edmonton International Airport (EIA)’s shipments involve a variety of fresh items. “We focus on shipping cherries into Asia in particular. And we also ship a variety of fresh produce into Northern Canada as well,” says Trevor Caswell of EIA. At the same time, while produce coming into the region from the U.S. is largely transported by truck, Caswell notes the airport does see many specialty produce items imported into Edmonton, from South and Central America as well as Europe.

And the airport is readying to see more business. Given the growth in the city of Edmonton— the Edmonton Metropolitan Region is home to 1.4 million and according to the City of Edmonton’s website, the city’s population in 2009 was 782,439—the airport is partnering and investing in strategic projects to help move perishable items. 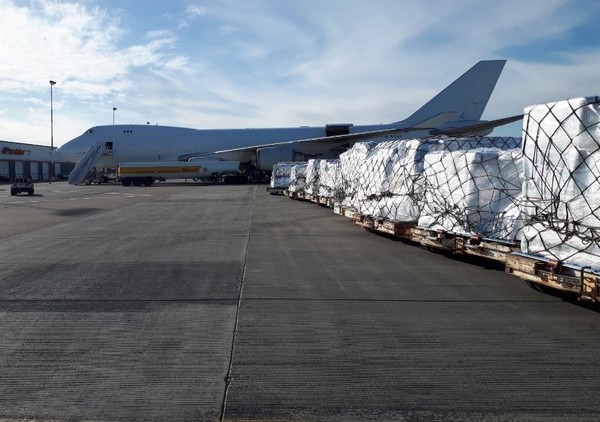 Expanding its capabilities
“In 2018, we constructed a 5,000 square foot temperature-controlled cooling facility targeted towards moving fresh produce and items such as pork and beef. Alberta ships a lot of meat internationally, including many Asian destinations such as China and Japan,” says Caswell.
At the same time, the airport also received its community certification from the International Air Transport Association (IATA) for Center of Excellence for Independent Validators in Pharmaceutical Logistics (CEIV Pharma), which is recognized by the industry as the high standard in the world for handling high valued temperature-controlled products. While EIA’s certification is designed for transporting pharmaceutical products safely, it shows the airport’s increasing commitment to handling temperature-controlled goods, and it’s the first Canadian airport (and the third in North America) to receive this certification.

“I see growth for transporting perishable and temperature-controlled produce here. It’s a strategic focus of the airport’s investment,” says Caswell, adding that Edmonton’s role in cargo is a primary logistical hub for Western Canada. “The focus is to increase the volume of perishable goods departing from Edmonton into places like Asia, but also into the Arctic and Northern Canada, because we’re a gateway to the far north.”