The last Conference pears of the season are currently being sorted by Gerard Pronk of the eponymous fruit growing and sorting company from Zwaagdijk. This means it is time for an evaluation of the season, which he believes can be divided into a period before and after the Corona crisis.

"We started the season in September, realising that there would be fewer pears, especially on a European scale. That turned out to be the case, but it was disappointing that this was not converted into actual sales prices until well into January. Not that the prices were bad, but the extra you should get with less supply in the market was slow in materialising," Gerard reviews.

"After that, we did see a turnaround that started before the first Corona crisis, but the measures have certainly reinforced this. The supermarkets in the Netherlands, but also in the United Kingdom, in particular, have added to the decline in pears. This ensured a smooth market with good prices," said Pronk.

"In addition, this year we also had access to excellent quality, both internally and externally. Barring some peeling damage here in the north, the quality has been really excellent and customers can sell it well. That was not the case last season," says the Coforta chairman who supplies his pears to The Greenery. 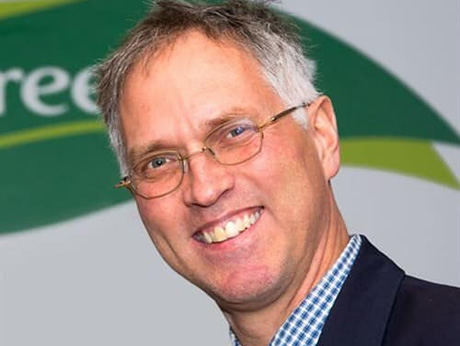 Looking ahead to the new season, Gerard expects a lower pear harvest anyway. "The harvest will be considerably lower at my own company and here in the region. In the region we are at 70% of last year's harvest and at that time we already had 15% less than the previous season due to storm damage. Also elsewhere I hear that the orchards aren't not full, so there will be fewer pears anyway. All in all, no reason to start with a low price in September! "