Pear production below the norm

2020 is still characterized by lower quantities with respect to the past 10 years after a disastrous 2019 caused by scarce blossoming, brown marmorated stink bug and brown spot disease. 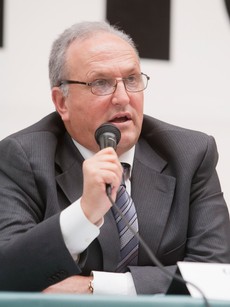 "This year, it is not possible to make a comparison with the last one due to the low quantities available in 2019, so we have had to consider the 2015-2018 average to realize levels are lower," commented OI Pera president Gianni Amidei (in the photo).

The frost in late March-early April seems to have created a few problems to early varieties such as Carmen and Santa Maria, despite the increased production area. William B.C. was estimated at -15% than the 2015-2018 average.

After the scarce production of last year, Abate Fetel have reached approximately 221,000 tons, i.e. 11% less than the average considered. 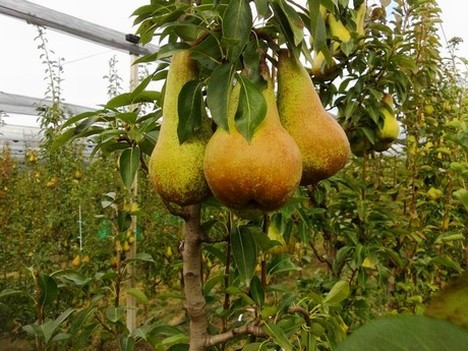 This year too, there is a significant drop in the cultivated area of  Conference, Kaiser and Decana pears, which have led volumes well below the 2015-2018 average - over -30% for Conference, -18% for Kaiser and -25% for Decana.

"The situation was particularly problematic from a phytosanitary point of view, as the the brown marmorated stink bug and  brown spot disease caused serious problems. The situation seems to be much more under control, yet we still cannot make a prediction as regards the future. What is more, the frost will definitely affect the percentage of first-class fruit. For example, it seems like that of Abate Fetel have diminished by 15%."

The data on a domestic level, which is of course affected by Emilia-Romagna and similar situations in other production areas, reports around 642,000 tons, i.e. -12% compared to the 2015-2018 average and the minimum o the past 10 years (2019 excluded).

"The fact that volumes are well below the norm is worrying, as it reflects the state of the pear-production sector, which is currently affected by many problems and in need of a relaunch."