The cool temperatures in June delayed the melon season, but it had no impact on the plum season which, on the contrary, arrived two weeks early. “The early plum harvest had already been predicted in the spring. We just started harvesting the greengage, which usually doesn’t arrive until the end of July,” explains Joël Boyer of the company Boyer.

Boyer offers a wide range of plums. “Today, we have all the colors available through different varieties in order to offer a nice range of products to our clients.” 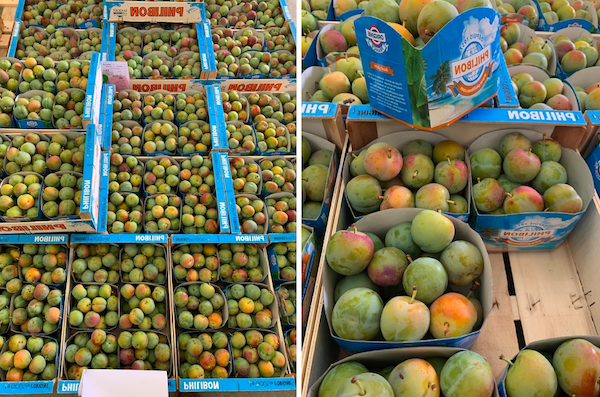 “It is important to promote the French plum”
Boyer has been marketing plums since 1991. For Joël, it is very important to promote the French plum. “The Tarn-et-Garonne department is the first producer of plums in France. We really intend to maintain the plum production, which is an integral part of our land and country life. But to achieve this, it is important to promote the French origin. For the moment, large retailers are playing along. They started their marketing a little late, but they can always catch up. Now is the time to consume plums, especially since there are fewer apricots this year. Consumption is starting and we want it to take off. But there is also a need to educate the certifiers who sometimes complain that the product is too hard and other times that it is too soft, although the plum is perfectly ripe. We ask for more indulgence for our plums which are living products, ripening over time.”