In Yinchuan, the capital of northwest China's Ningxia Hui Autonomous Region, since June there have been installed many fruit and vegetable vending machines. Yinchuan is one of China's pilot ‘smart cities’, trying to effectively apply technologies in city administration, public security, transportation, health care and environmental protection for better services.

"The self-help vending machines can dispense more than 50 varieties of fruits and vegetables, and our staff will replenish the shelves once every two days to make sure the products are fresh," said Chen Yujie, initiator of the concept.

Chen said these fruits and vegetables are delivered directly from the plantation bases, so their price is 15 percent to 20 percent lower than that of similar products in the supermarkets. The idea of introducing fruits and veggie vending machines in Yinchuan popped into her head when she was under home quarantine during the COVID-19 epidemic. 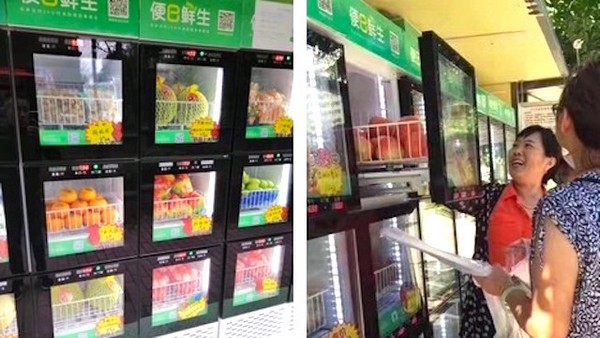 She bought fruits and vegetables online but usually found them not fresh enough. If there were a "contactless" shopping store near home that could allow customers to see the products before paying, it would be perfect, she thought.

Chen, also the general manager of a local company, discussed the idea with her colleagues and decided to promote the machines in densely populated residential communities initially. So far, these machines have been installed in five residential compounds. But Chen's company has a bigger ambition -- covering 85 percent of Yinchuan communities in the next three years.