"We are giving pretty much export quality to the Australian consumer"

One of Australia's top stone fruit producers has made the successful transition to the citrus category, following the launch of a new brand.

Mattina Fresh began sales of its premium citrus produce last week, and National Sales Manager Thomas Panna says one of the main aims behind the new brand was creating specifications that allowed domestic Australian consumers to experience the premium fruit that is normally sent to export markets.

"The opportunities for export are great, but the reason we developed this brand was for the domestic market," Mr Panna said. "Unfortunately, most of our most amazing fruit goes offshore. We identified that and saw it not only as getting the value (from export) but saw it as a weakness, and thought let's create something - our own spec, and we are very strict on it - there's not a blemish. We are giving pretty much export quality to the Australian consumer. Yes, it is tough times, it is more of an investment on our behalf because we are choosing to keep that fruit local and try to create a retail opportunity for it. The expectations are that there is a price difference that we get more for it, but the goal for the future is creating premium awareness in the domestic market." 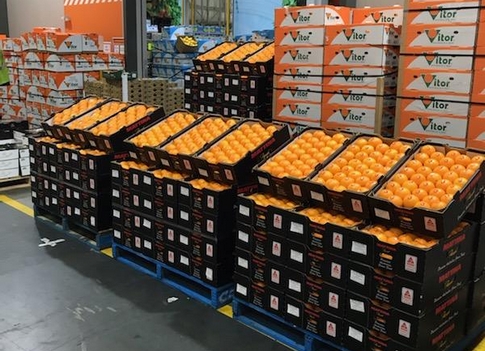 Mr Panna says the company chose citrus packing to focus on winter supply, which previously, for Mattina Fresh, only consisted of a small volume of pears and apples.

"I think we are in the top three in stone fruit in Australia," he said. "So, summer is really our time to shine. It is when 70 per cent of our trade comes in, and we wanted to create something that would grow the winter side of the business and create a brand that could transition into summer. Premium is obviously the target; we wanted branding that we could pack our premium pears into, then to citrus, and transfer into a double layer peach and nectarine packs in summer. We worked pretty hard on it and set our benchmark from other brands that are household names in the centralised markets - Nippys and Jumaluk - and in our first week, our feedback was pretty much that we are up there." 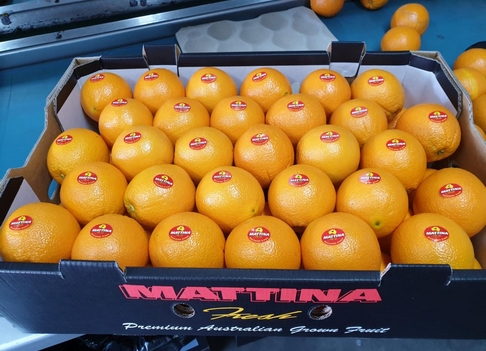 He added that several independent retailers have already switched over to the Mattina Fresh brand, which Mr Panna says is going to be a core part of the business going forward. Nick Demaio and his family own the farms, and after starting with a 12-acre property, he has grown that to over 1,000 acres. 160 acres are now dedicated to citrus, which will expand over the next 3-5 years.

As well as planting citrus trees at their own orchard, Mattina Fresh is packing fruit for other growers.

"The external growers are a big part of what we are trying to create as well," Mr Panna said. "That is, trying to create a premium following and getting them a better net return for their product. At the moment it is Navel oranges, and will later transition to Valencia. It is Washington Navels at the moment and in about two weeks we will have Late Lanes, then the flow on will be Valencias. We have planted Cara Caras, which we will develop in the future." 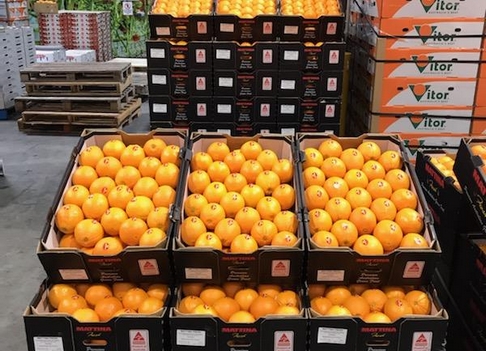 Through the centralised market, Mattina Fresh has developed an "exclusive to certain stamps" arrangement, to prevent it from becoming a commodity line that gets played off against itself. Costa Farms has the licence in Melbourne, and All Seasons Produce controls Sydney sales, with plans to expand to other states when more volumes become available.

Mr Panna says the crop is a little lighter than expected this season, which has actually helped citrus lines due to the export situation being affected by COVID-19.

"With export being nearly non-existent at the moment, having a light crop has put citrus lines in a really good position in the domestic market," he said. "Pricing has been really good in comparison to previous years. I think (the light crop) was due to the heat that was leading into the season when it was flowering. That created less fruit to grow on the tree. However, while there is less fruit, the fruit is bigger. Size is really good, just the volume is down. There is also been a higher demand because of the vitamin C, so it's a great time to be growing it; not just because of coronavirus, but in general times of the flu. People are becoming more health-conscious, generally." 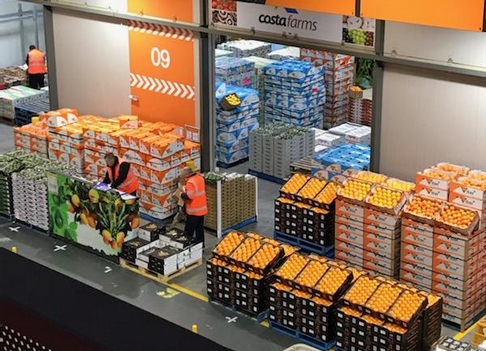 Apart from the main markets, Mattina Fresh supplies direct to independent retailers. Mr Panna says the alignment with these businesses is an important aspect of brand growth, and they were even involved in the formation of ideas.

"They do a lot of social media and marketing of our brand, and we support them by giving them the product," he said. "To see what they do for the industry is priceless. There is controversy about cutting out centralised markets, but the value you get back from a marketing perspective, you can't get that from anybody. They get to range all of our premium products, and myself and Nick Demaio gauged their opinion in developing the brand. For example, what do you think is going to be attractive; what's eye capturing, what will help the fruit stand out - not only for the branding but also the specs? They know the customers, so while we grow the fruit, but the feedback from good fruit retailers is priceless."