Supplies of asparagus are good but they’re poised to get slimmer soon.

Gary Meadows of Five Crowns Marketing in Brawley, CA notes that typically at this time of year, some regional production of asparagus have closed already such as fields in New Jersey and Michigan. “So there’s more pressure on Peru and Central Mexico to feed the U.S.,” says Meadows. “Supplies out of Central Mexico are past their peak. It’s not overabundant but there’s still product so I would say it’s steady.” 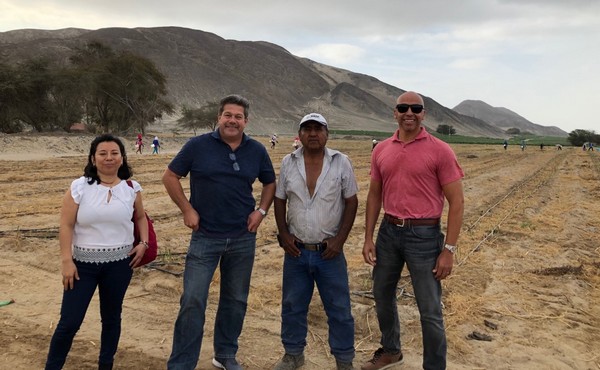 Gary Meadows (second from the left) and friends in a Peruvian asparagus field.

At the same time, supplies are shipping from the Northern and Southern parts of Peru. “Peru is typically is a year-round program. Though Caborca, Mexico starts in February and then Peru won’t ship to the U.S. between February and April because there’s so much Caborca supply at that time,” he says. “Once Caborca is finished, Peru comes back in typically late-March to April.”

In terms of logistics, one challenge, notes Meadows, is flights out of Peru. “There have not been as many planes moving. I think it might be getting a bit better,” he says. “But we do have these hotspots popping up again and we could be facing the same thing. It’s just moving pieces that we have to deal with every day.”

Stabilizing market
Demand meanwhile has been solid for asparagus. “A few weeks ago, those regions were finishing and we couldn’t gear up quickly enough with the product from Mexico and Peru. So the price went really high,” says Meadows. “Then retail goes high and there are no promotions and it slows the movement down. However, now that the market has stabilized and gone down, we’re seeing more movement from the retailers.” 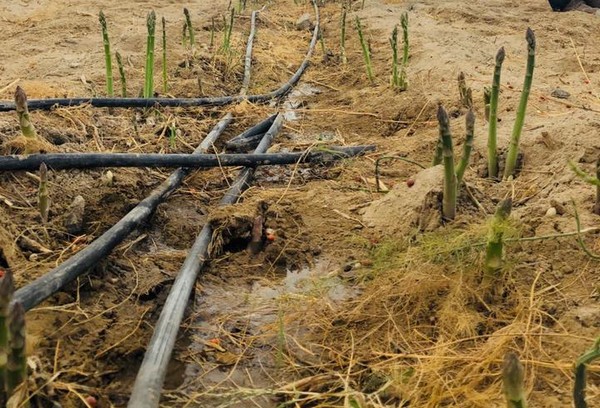 Meadows notes that COVID-19 has complicated pricing somewhat. “It’s bounced around so much,” he says. “There’s so much uncertainty because of the labor force in some of these different regions and that’s really affected things. It’s really been all over the board.”

Looking ahead though, Meadows notes that in the next few weeks, Central Mexico will decrease with supplies again. “And then Peru will have to take some of that pressure so prices will move up again. It could get a little tight,” he says.