McCain Foods Australia has announced that it has commenced construction on a renewable energy system that will reduce emissions from its food processing facility in Ballarat. The reduction will exceed 27,000 tonnes of CO2 per year.

As reported by potatonewstoday.com, the project, which will house Australia’s largest “behind-the-meter” renewable energy system, will subsidise McCain’s energy consumption in Ballarat by 39 per cent.

The 8.2 megawatt system plans to utilise a combination of solar and co-generation technology, with the solar system funded through a partnership with Smart Commercial Solar Pty LTD under a Power Purchase Agreement (PPA), funded by renewable investment fund, Solar Bay. 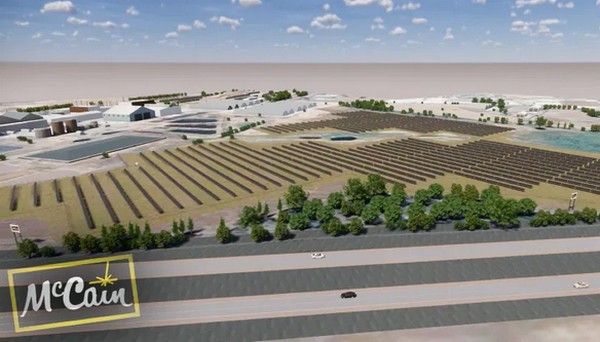 The new system comprises a 17,000 panel ground mount and carpark solar array, and a co-generation anaerobic digester that utilises biogas produced by food waste to generate energy. Together, the two systems will reduce the site’s reliance on natural gas by 16 per cent, and energy consumed from the grid by 39 per cent.