LA UNIÓ de Llauradors stated that one of the main threats to citrus growers in the Valencian Community were pests and recalled that 39 shipments of Argentine lemons were intercepted in May and June in EU ports because they were infested with pests such as the black spot or cancrosis. 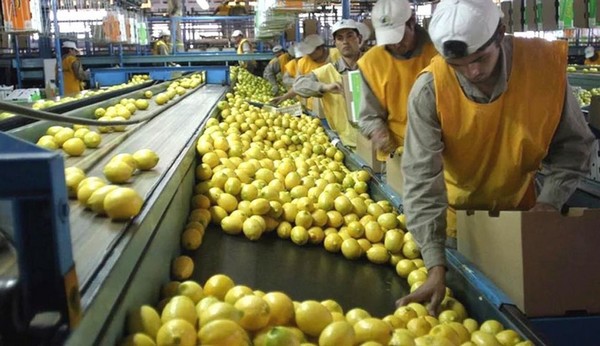 The European Commission has published a Draft final evaluation of the possible economic, social, environmental, and human rights repercussions that the commercial part of the Association Agreement between the European Union and Mercosur (Argentina, Brazil, Paraguay, and Uruguay) would have. The evaluation was developed by the London School of Economics and states that the impact on sensitive EU agri-food sectors would be limited. However, it is striking that it does not take lemons into account.

According to Europhyt – the European Union notification system for phytosanitary interceptions–, a total of 33 Argentine lemon shipments (1 in May and 32 in June) were infected with Phyllosticta citricarpa, 2 with Xanthomonas (June), and 1 with the Elsinë mushroom. It is also worth noting that 3 batches of citrus from South Africa were also rejected because they were infected with Thaumatotibia leucorrhea.

During the first six months of this year, authorities have already intercepted the same amount of shipments infected with Xanthomonas as in all of last year and rejected 300% more shipments because of Thaumatotibia than in 2019.

According to LA UNIÓ, these new detections reveal "the serious threat and evident spread and contamination risks of very serious quarantine diseases, such as black spot or canker, which are not yet present in the European Union and that would be lethal for the Spanish citriculture. Thus, before signing any trade agreement, the EU must analyze all the effects they can have on European farmers, establish stricter border control mechanisms, and prohibit the entry of any product that has not been produced under the same regulations that the European Union requires its own productions follow."