The British Columbia organic apricot season has started though growers are reporting smaller volumes of fruit.

“The California crop is pretty much done and there’s Washington fruit available now. But we’ve jumped right to B.C. which has started last week,” says Stefan Misse of Discovery Organics based in Vancouver, Canada. “Due to poor weather during the blossom period for apricots though, most of our growers report that they are down about 60 percent in their volumes. It’s a pretty large amount. One of our smaller growers normally gets us 10-15 pallets but he said he’ll be lucky if he gets us one pallet this season.”

The season started about a week late and Misse says B.C.’s apricot season will likely end earlier as well. “I’d anticipate potentially going into Washington once B.C. is done because I think there are some varieties grown there that are later season and their volumes are just that much larger,” he says. 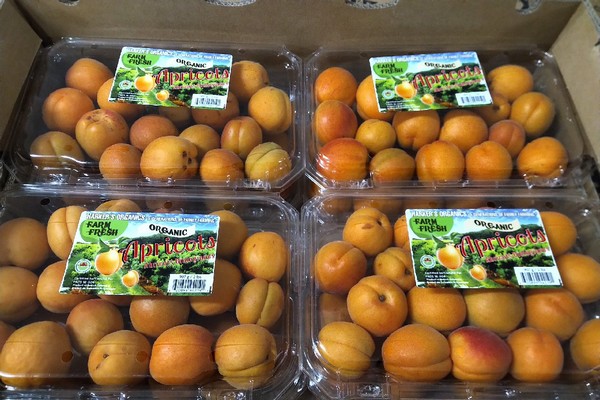 Larger sized fruit
Misse says that B.C. has approximately 7-10 different commercial varieties of organic apricots growing. “The first variety from our main grower Harker’s Organics are Tomcot and they have a nice red blush,” says Misse. “Sizing is actually very large because of the blossom period loss. The fruit has all sized up a lot larger than normal. On first harvests we’d normally see 96-88 count size and we’re already right into 64s.”

Misse anticipates very good demand for the fruit given that organics demand overall since the start of the pandemic has been strong and enough to bring Discovery Organic’s sales up by consistent double digits.

“I think apricot pricing will be about 20 percent higher than last year,” says Misse. “Normally as you get into the mid season, you’d see price drops happening and growers competing with each other on stagnant inventory. I think it’s not going to happen this year. The supply is so small and the demand for organics here in Western Canada is so strong that I think they’ll stay high.” 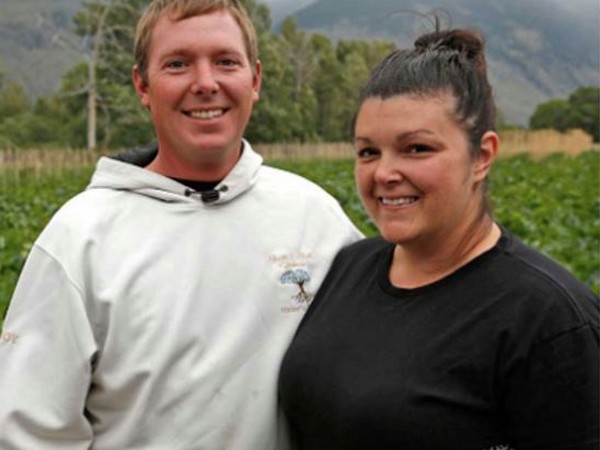 Labor concerns
That helps given the challenges B.C. growers are seeing this season—particularly those around accessing labor. “Our Temporary Foreign Worker program is in place but a lot of farms we work with have only received 50-70 percent of the workers they normally do. So, they’re receiving them late and there are more rules and regulations this year regarding safety and social distancing. So, it may work out for pricing to remain high since you don’t need as much labor to pick a smaller crop and farms are being forced to become in-efficient due to COVID-19 precautions.”

The B.C. peach crop has also started last week. “The peaches are better off. They didn’t have the loss over winter/spring that apricots had,” says Misse. The first variety off the trees is a PF1, a smaller clingstone peach. Misse anticipates strong demand and strong pricing as well.

Supplies of apricots will likely go for about four weeks and peaches will last until mid September when the final BC variety, O’Henry, comes off.