VOEN Vöhringer invests in the future

"All expertise in one location"

Voen Vöhringer is looking back on a successful restructuring. At the beginning of the year, the South German supplier to fruit growers moved into a brand new production and office building in Fronreute. At the same time, some proven solutions have been successfully developed further, says company spokesman Rainer Weiß. 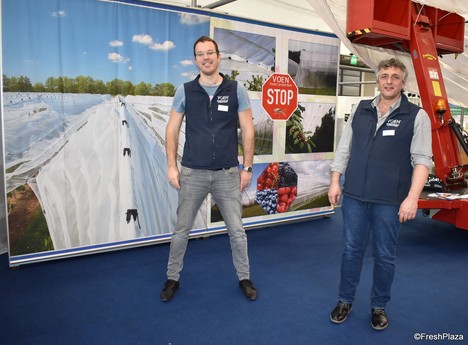 Rainer Weiß and Reinhard Vöhringer at this year's Fruchtwelt Bodensee

The company, that is active internationally and is based in the Lake Constance district, moved into a new production and office building at the beginning of the year. "All competences - whether production, sales, development or consulting - are now concentrated at one location. In addition, we have invested in a second, new line, which enables us to produce an even wider range of films, suitable for all shrub, berry and stone fruit crops." 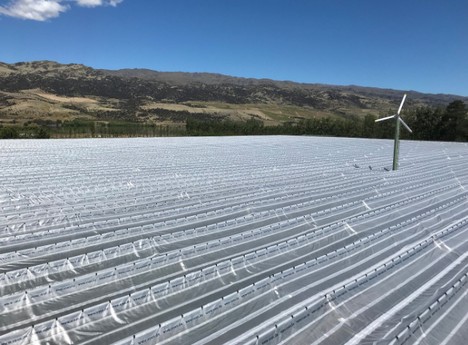 Innovative solutions for fruit growing
The VOEN company produces foils which are delivered with partial or complete insect protection to order. Since 2014, the company has been offering a zipper system for its roofs, so that the opening and closing of the covers can be even more efficient. Weiß: "In 2020, we also successfully equipped the first projects with our newly developed wintering system, which saves a complete operation when opening and closing the covers." 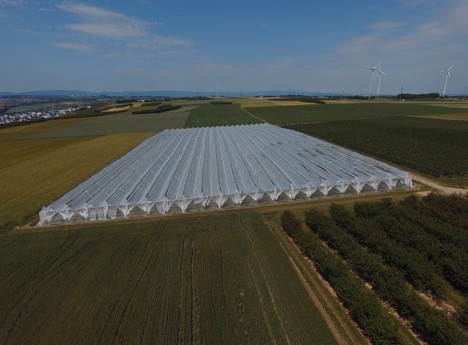 Since 2018, VOEN has also been very offering the AntiFrost VOEN antifreeze stove, which has established itself on the market in recent years as a good and sustainable alternative to the well-known antifreeze candles. "Due to further developments this year, the smoke development of the stoves could again be reduced significantly, which makes this antifreeze stove especially suitable for use in foil tunnels or foil roofing."