"The Sparter, the self-driving asparagus harvesting robot, could be a game-changer"

In recent weeks, Cerescon's been hard at work. This Dutch harvesting innovation company was working on its automated asparagus harvesting robot, the Sparter. The Sparter is now fully developed. There are just a few cosmetic changes to be done. Cerescon will supply the first three machines to German farmers next year. They expect more large, innovative growers to acquire this 'game-changer'. This will be for the 2021 asparagus season. 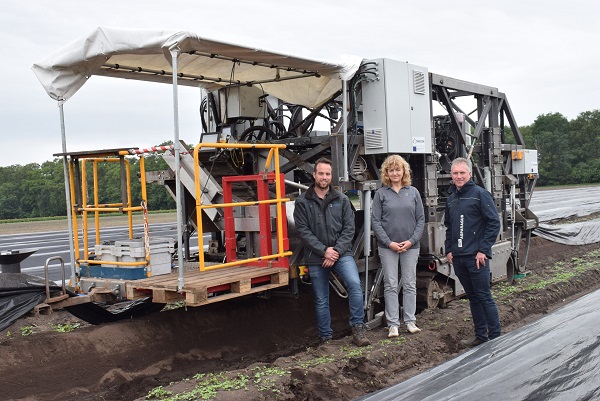 Cerescon will manufacture ten Sparters for the coming season. Each of these cost €350,000. Farmers who are quick off the mark will get them at an attractive price. Whether growers buy this machine, greatly depends on the return on investment period. "That'll be different for each farmer," says Cerescon's Thérèse van Vinken. At the company, she's responsible for, among other things, marketing. "It'll depend on the area, driving distance, and the length and breadth of the beds."

"We've developed calculation models that consider each of these variables." A rough guide is that one Sparter can save about 50% of your harvesting costs. The one-row Sparter could, eventually, replace 25 manual laborers. The self-driving concept runs on caterpillar tracks. That means a tractor and driver are no longer needed. A single operator can run the Sparter. 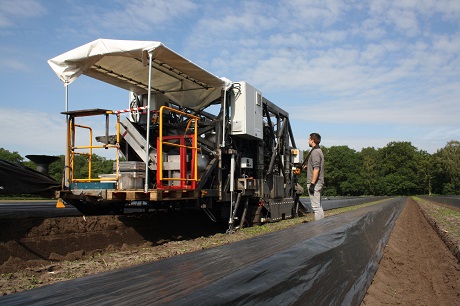 The Sparter needs only one operator.

The number of motivated seasonal workers is shrinking. Wages are rising, and the authorities are placing ever-higher demands on working conditions. "Labor is our Achilles heel. In the last asparagus season, this was an even greater challenge. The corona crisis made it difficult to get enough people," says Teboza's Roger Lenders.

"It cost us a lot of energy. But, in the end, we managed to get a team together. The Sparter could offer a solution for part of our personnel problems. At some point, you get to the point where mechanical harvesting becomes an interesting alternative." Roger is the sales and project manager at this Dutch asparagus farm and nursery. 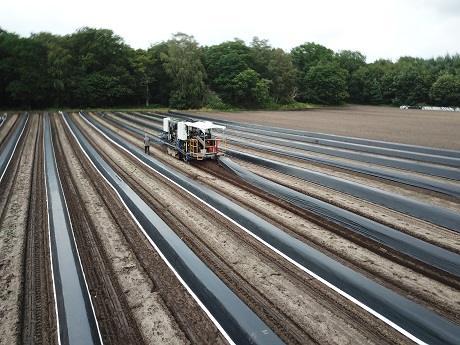 The technology was further fine-tuned in the last year. It detects where to cut the asparagus off, using an integrated double-cutting robot. It also repairs the soil beds, transports the harvested asparagus, and handles the plastic.

The Sparter was developed in close partnership with large asparagus growers. Teboza's a member of the user group. As such, it was involved from the get-go. Teboza isn't only interested in labor cutbacks. The Sparter promises increased quality and quantity. That makes it attractive too. "Asparagus quality's very weather-dependent. As long as it's still underground, the asparagus is a potential Class I," Robert explains.

"When it warms up, the plant grows faster. There's, therefore, an increased chance the asparagus will protrude from the bed. This product then comes into contact with sunlight. Then there's the possibility of the asparagus head opening up. The tip might then turn violet. If that happens, the yield decreases." 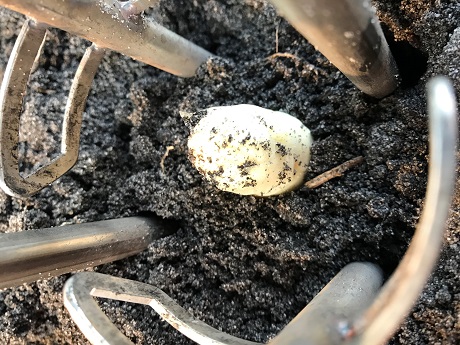 The cutting robot in action.

These long metal fingers glide through the soil bed. When a taster closes in on a plant, it retracts. At the same time, it relays the asparagus' coordinates to the robot. This cuts the asparagus off and lays it on a conveyor belt. This belt then brings the plants to a collection container. The asparagus bed is repaired after the cutting. It's homogenized and pressed, so the new asparagus doesn't grow rocked. The Sparter can find every asparagus. That then improves the yield too.

Click here for a visual explanation of the harvesting technique.

There's a lot of interest from growers. In the coming weeks, Cerescon will be having field demonstrations. "The number of growers who are interested in the Sparter has doubled. That's since the corona crisis. It was tougher than ever to find manual laborers," says Mark van Lier. He was recently appointed as Cerescon's international sales manager.

"The Sparter could be a game-changer in the coming season. It not only improves the asparagus' quality and quantity.  It also halves personnel cost price regarding manual harvesting." Cerescon wants to expand to building 150 machines per year within five years. They're focusing on setting up their service and maintenance infrastructure for the Sparters too.