T&G Global will commercialise the first new apple variety from a world-class breeding programme, bred to withstand the world’s hottest and driest of conditions.

The apple is the first to be launched from the Hot Climate Programme, a global pan-industry breeding programme, focused on the long-term sustainability of apple production in a changing climate. 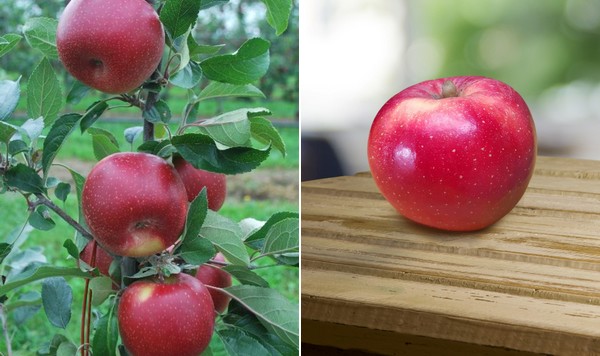 “We know the world’s climate is changing and consumers will continue to demand tasty, healthy, safe food that is sustainably produced so T&G Global, along with our partners in the Hot Climate Programme, is preparing for this by developing and commercialising apples that are climate change resistant,” says Peter.

“The first variety to be commercialised is ‘HOT84A1’, which we’ve successfully trialled in Spain, where temperatures reach more than 40◦C. This apple has proven to be sunburn resistant, while retaining excellent eating qualities. It’s a red-skinned, juicy, sweet apple, with a great crunch which we know will appeal to consumers.

“By breeding innovative new varieties, like ‘HOT84A1’, it provides food producers with opportunities to grow apples in regions previously not suitable for production, as well as grow closer to consumer markets.

“In addition, plants which are bred for a specific set of conditions – such as these for a hot and dry climate – are more resilient and require fewer inputs, such as water and fertiliser, and therefore support efficient and smart production systems.”

At this time, growers in Spain, particularly in the Catalan region, had begun to experience issues with traditional varieties – the fruit was increasingly produced with low red colouring, sunburn, soft flesh textures and higher-than-average incidence of storage disorders.

It was recognised that other apple and pear producing regions would begin to experience these issues as the global climate continued to change, and that varieties developed for these niche environments would be in increasing demand worldwide. T&G Global joined as the strategic commercialisation partner in February 2019.

T&G Global is leading the programme’s commercialisation and has established a global network of six partners to initially test and commercialise ‘HOT84A1’; Waimea Nurseries (in New Zealand), TopFruit (in South Africa), Dalival (in Europe), Worldwide Fruit (in the UK), Montagues (in Australia) and Fruit Futur (in Spain).

“It’s particularly exciting for producers in a country like South Africa, with high temperatures and low water availability which can result in poor fruit colour, texture and pressure issues,” says Peter.

“Combined with increased pest and disease resistance, we believe these varieties will be highly adapted to environmental conditions that are likely to be increasingly faced in countries with hot climates.”

Fruit Futur will plant the first commercial volumes of ‘HOT84A1’ in the Iberian Peninsula in February 2021, and licenses for other parts of the world are expected to follow.

“We want to expand the number of organisations trialling and evaluating the new variety, so we can robustly test it in various global territories. We welcome expressions of interest from growers and marketers worldwide,” says Peter.