Transport secretary Grant Shapps has given the necessary government approval for re-opening and developing Manston airport as an air freight facility. The airport is located some 100km east of London and the development consent order for the project was granted on 9 July.

Under the proposal, put forward by RiverOak Strategic Partners, Manston will be turned into a dedicated freight airport, capable of handling at least 10,000 air cargo movements annually. It will also be able to offer a number of passenger and executive aviation operations, as well as aircraft engineering services.

Some of the infrastructure from the old airport, decommissioned in 2014, would be revived. Runway 10/28 will be refurbished and upgraded and a parallel taxiway will be re-aligned. 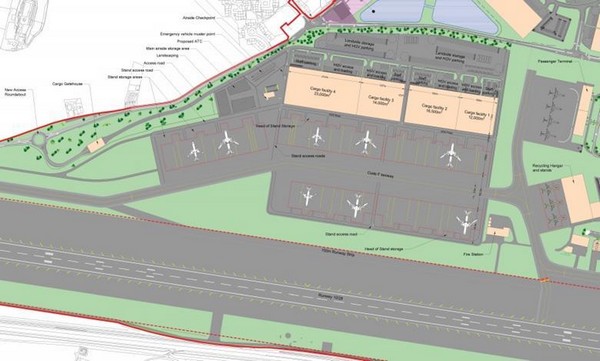 Nineteen stands will be constructed for aircraft typically of the size of Boeing 777 freighters, with the flexibility to handle larger types, and the project includes building a 65,500m² cargo facility and a control tower.

Other infrastructure planned include a fuel farm, maintenance centre, flight-training school, and  fixed-base operation for executive travel. In a communication confirming the consent order, the transport secretary’s office says it is “satisfied that there is a clear justification” for authorising the development.