“We are about to start harvesting the Guyot pears”

After the cherry season, Les Fruits de Provence has just ended its apricot season and is now about to start with the pear harvest. “We should start selling Guyot pears as early as next week. For now, it is too early to talk about the yields, because the volumes may be relatively heterogeneous depending on the orchard. Some are much less loaded than others. We are also expecting to get all sorts of calibers and qualities, which should satisfy all our clients,” explains Alexandre Cerdan, of Les Fruits de Provence. 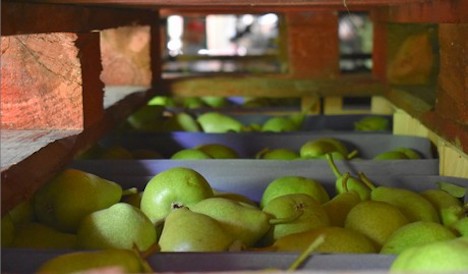 The cherry campaign was rather average this year. “We started harvesting around May 8th and we picked the last cherries around the 15th of June, which more or less corresponds to a normal year, maybe just a few days early. We were satisfied with our Burlat volumes, but the frequent rains could have impacted the quality at times. For the later varieties such as the Summit, the season was better,” explains Alexandre.

As for the apricot harvest, in line with the European harvest predictions, the volumes were lower than last year. “We had a shortage of volume because the mild winter affected flowering. The trees were less loaded and the harvest arrived slightly early. We were faced with some quality problems at the beginning of the season because of the rain, but it improved quickly. As for prices, we were quite satisfied with this campaign. We are now starting the pear harvest, which will be followed closely by the apple harvest at the end of July, beginning of August.”