Primaflor's Board of Directors has agreed to appoint Eduardo Córdoba Pérez as the company's new General Director of Operations. The decision has been made in the framework of the remodeling process carried out by the company to continue adapting to new technological and commercial challenges, both nationally and internationally. The areas to be managed by this new general direction are: Agricultural Production, Industrial Production, Logistics, Purchases and Supplies, Food Quality and Safety, Commercial and Marketing. 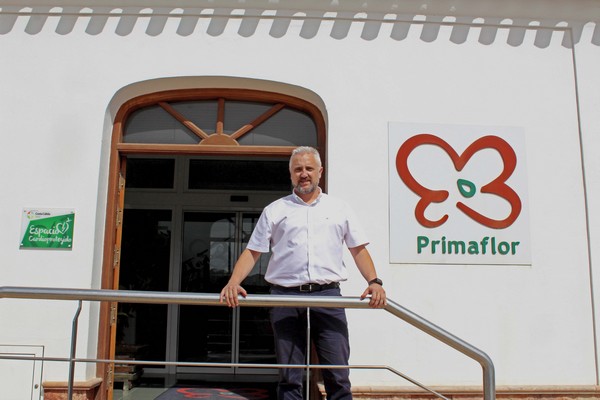 Eduardo Córdoba Pérez started his professional career at Pryca, where he was present during the merger with Continente, and continued at Carrefour and later at Socomo. Throughout those more than 15 years, he has held different positions, including head of department, head of Fresh Products and head of Benchmarking. He would later become part of the Purchasing Management team supplying Carrefour Spain and Europe with fruits and vegetables, Socomo, where he worked for 8 years.

In 2007, he joined Primaflor as an assistant to the Commercial management and, shortly after, he became commercial director for the Internal Market, developing important work in promoting the fresh cut range in the wholesale, large retail and horeca channels.

After almost eight years, he decided to undertake a new project, and was named general director of Bargosa, a company specialized in the import and distribution of bananas and exotic fruits, where he modernized the management with different origins, brands and suppliers for the different types of fruit, as well as packaging to offer the right ripening point.

In mid-2019, Eduardo rejoined Primaflor to take over the position of commercial and marketing director. After a year in this role, the company's management has decided to make him General Director of Operations. In this new journey, Córdoba has set himself the objectives of "modernizing the production chain, strengthening food safety controls and expanding the network of distribution channels to try to reach as many consumers as possible."

Eduardo Córdoba, 47, is a native of Alicante and a sports lover, especially of cycling, of which he is a true champion, as evidenced by his achievements on two wheels, which include 4 Titan Desert and 2 Madrid-Lisbon.