First UK cherry harvest off to a good start for FGA

At the start of the year FGA Farming (a San Clemente & Wallace Investment) acquired two award winning cherry orchards from Mansfields. The first fruit of the season was picked at the end of June with the Vanda & Korvik varieties, the main harvest started on 1st July with the Kordia variety, gradually building to the peak harvest in mid/late July. 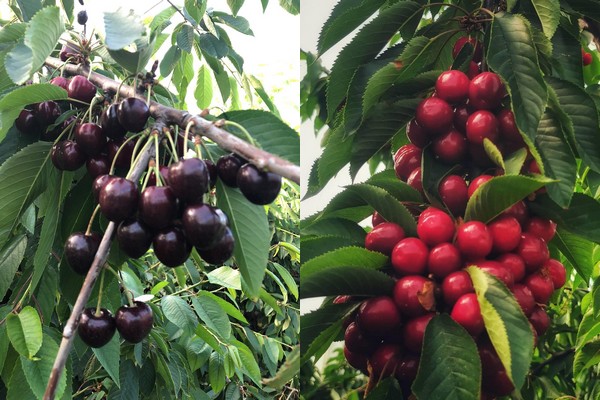 FGA have a 100ha farm, of which 70ha are planted with mature cherry trees. The company expects to harvest somewhere between 1,000 and 1,200t fruit this year. Had the weather not impacted at blossom the initial hope was for 1400 to 1,500t.

"We are at our peak harvest now we have other varieties being picked, like Lapins, Penny, Karina & Skeena. The Sweetheart, Regina and Staccato come later on and we aim is to finish the harvest by mid-August, but it could be a few days earlier this season," explains Jon Clark, Managing Director at FGA. 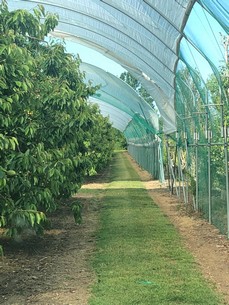 The growing season has been good, although northerly winds during blossom took around 25% of the crop away. There have been a few rain storms during the growth, but as our orchards are 100% covered that does not impact on the crop.

"Fruit quality has been excellent reasonably sized fruit, (although really large 32mm+ fruit has been lacking). The orchards are producing great tasting fruit, sugars when harvested are in generally in excess of 20 brix with many up to 25 brix. All of the excellent work in the orchard is thanks to Peter Foster, who has managed these farms for almost 10 years.  In many ways we have carried on as before with the orchards, they were producing some of the best fruit in the country so why change too much, but we have made some slight changes to a few things during production, harvest and post harvest.”

There has been great concern throughout the sector about picker availability due to Brexit & COVID.  However according to Jon their labour agency has done a fantastic job and they have a good number of good quality staff, with a large amount of returnees who worked at the farm before FGA Farming owned it. 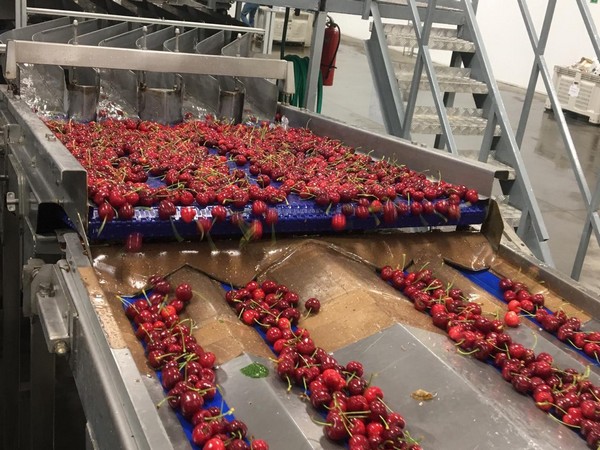 "We are fortunate that cherry picking lends itself to keeping a distance, so placing small teams in tunnels and being trees apart has meant we have been able to manage the COVID situation without too much impact. We take temperatures of the staff daily as an extra check, along with general changes in procedure as a result of COVID it has slowed down a little the normal harvest routine, at a time when the minimum wage increased so that has had some impact on costs to produce the fruit.”

Last year FGA launched the Buddy's brand which attracted a great following for the premium product. They will again market the English cherries under it to UK Wholesales customers as well as international customers with the export business. 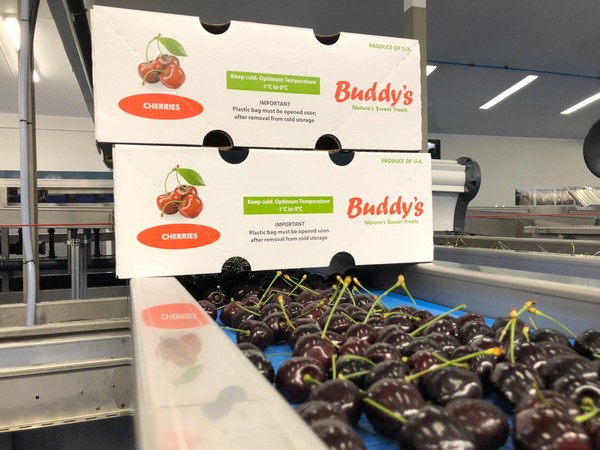 "The European and global demand is such that all of our crop could be exported, but we have a balance between UK retail, export, and wholesale. The exports are predominantly to Europe but also some international exports and most are under the “Buddy’s” brand."

The UK farms are an addition to the owners existing farms in Chile & Peru. With cherries the business now has cherries from its own farms in June, July & August and November to March. With new orchards and varieties September and April will soon be added to that supply window.