"Thanks to the high degree of professionalism of local producers, we have high quality produce that is sweet and with good grades. Nonetheless, we are not pleased with field prices, especially when it comes to watermelons," reports Salvatore La Porta, general director at L'Ortofrutticola F, when talking about watermelons and canary yellow melons. 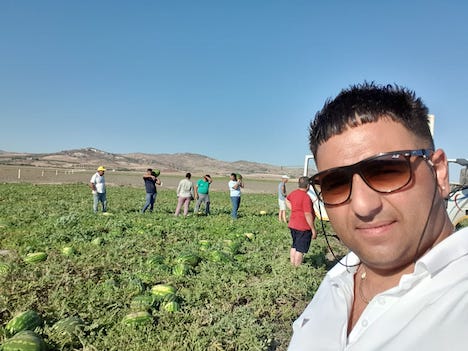 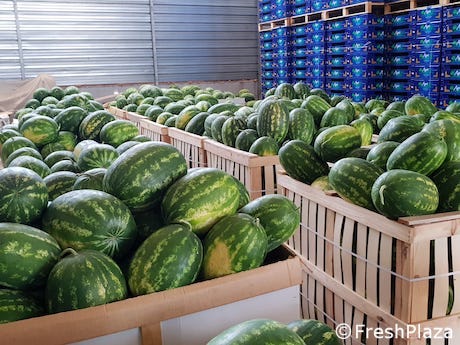 "We have tried to identify the reasons behind such a fluctuating market characterized by unsatisfactory sales and unstable prices. We have come to the conclusion that the fact that the tourist and H&R sectors are suffering is slowing down demand. What is more, temperatures during the past week were lower than average, so we are hoping for the warm weather of the past few days to continue." 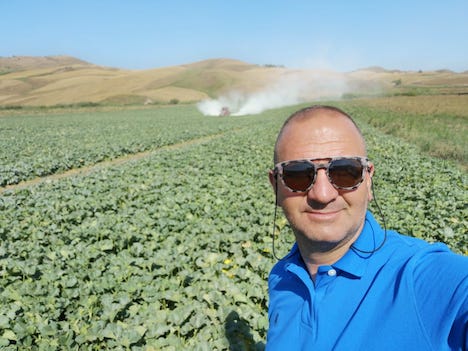 In the photo, Alessandro La Russa.

"We cannot fully understand this consumption crisis. Especially when it comes to watermelons, sales are slow both in Sicily and all over Italy. I believe the troubles in the H&R sector added to the consumption crisis that has been going on for years. The situation is of course made worse by the measures taken because of the pandemic and the cool summer temperatures," adds sales director Alessandro La Russa

In this phase, production prices for watermelons hover around €0.10-0.15/kg, with the risk for the produce to remain in the fields, considering that big distribution chains are not accepting large quantities. 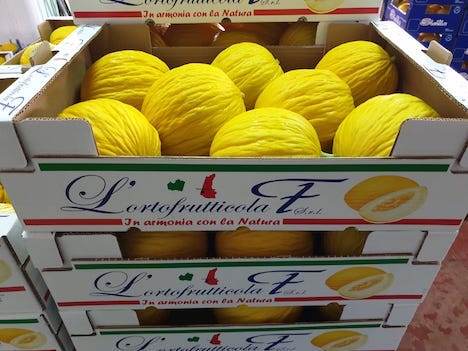 Canary yellow melons are doing slightly better. L'Ortofrutticola F commercializes fruits of the Helios and Cartago varieties grown in 150 hectares by 150 producers. Each plant produces around 8 kg of melons with grades varying between 1.5 and 3 kg. Helios is characterized by an excellent sugar content (13.14 on average) and an aroma typical of Canary yellow melons. Both varieties have not been faring well, and they have reached the current €0.30-0.40/kg. The fruits are sold mainly on the local and domestic markets. 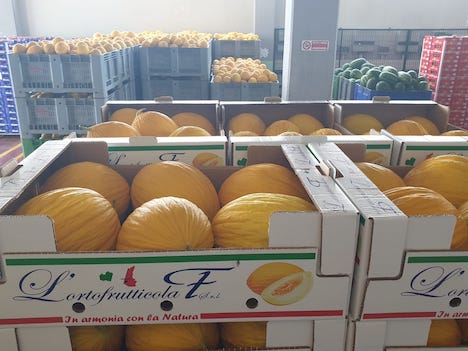 Melons and watermelons arrive at the company facility in bins, then they are graded and packaged for commercialization. Melons are placed in 40x60 cardboard grades, although the 30x40 and 30x50 formats are also available.

L'Ortofrutticola F holds the GlobalGAP certification. With a growing turnover of €15 million, the brand is available on the global market as 40% of the produce is exported.