“The price war on the tomato market has started again”

It is a peculiar year for the tomato. When the lockdown started around mid-March, French producers were just gaining volumes. Despite this difficult context, the tomato campaign went well for Prince de Bretagne during the lockdown. “The French origin was promoted in stores, which was favorable to us,” explains Camille Aguer, head of product marketing. Today, the situation is returning to normal. “The other origins are back on the territory and we are in high season, so the price war has started again.”

Conjunctural crisis
June was a difficult month for the tomato sector. “All actors of the sector had a significant supply to offer on the market and the demand was not always there. This affected the prices, which were extremely low. For two weeks now, the cherry tomatoes have been declared in a conjunctural crisis, according to FranceAgrimer.”

In terms of revenue, tomatoes are the main product of Prince de Bretagne. Grape tomatoes, the first segment in volume output, represent 60% of the tomato revenue. For the old varieties, the cooperative increased its volumes this year. “They will represent between 10 and 15% of our total volume. The demand from consumers is high for a different tomato in terms of taste, shape and color. We also increased our volumes for small fruits, which fit the trend of snacking and eating on the go.”

Novelties
Prince de Bretagne just added several novelties to its range of old tomatoes, including the Prune d’antan. It is a variety with purple and yellow stripes, “with both a slightly tart and sweet taste.” 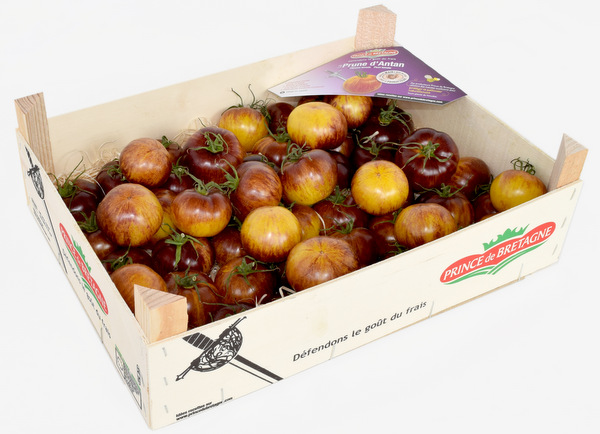 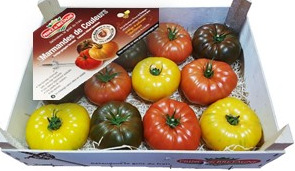 Another novelty is the mix of different varieties like the Marmande, a large-sized ribbed tomato. “It is a mix between the red Marmande d’antan, the pineapple d’antan and the black Marmande.” 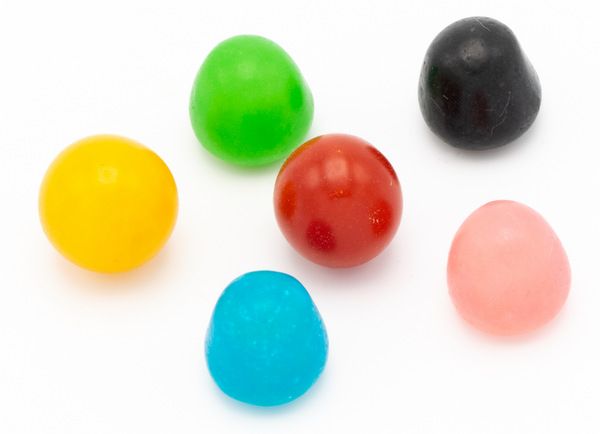 Berry cherry tomatoes are the same size as Dragibus candies 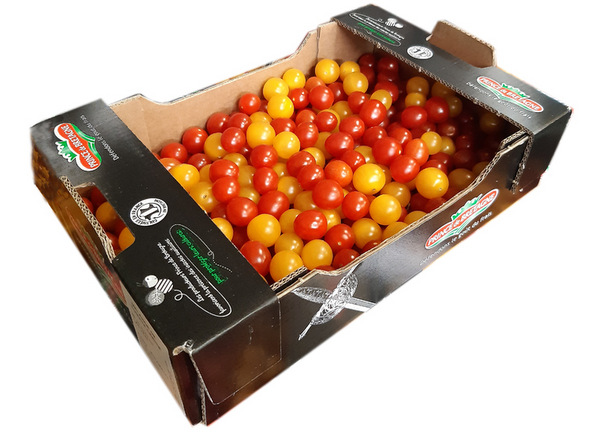 Within the framework of the AGEC law, Prince de Bretagne is also developing alternative packaging to plastic for its tomato range.