The Valencian Association of Agricultural Producers (AVA-ASAJA) has warned that the Orchid thrips (Chaetanaphotrips orchidi) pest is spreading out of control in Valencian citrus fields and, given its capacity for growth and adaptation, it has also started making the jump to avocados. 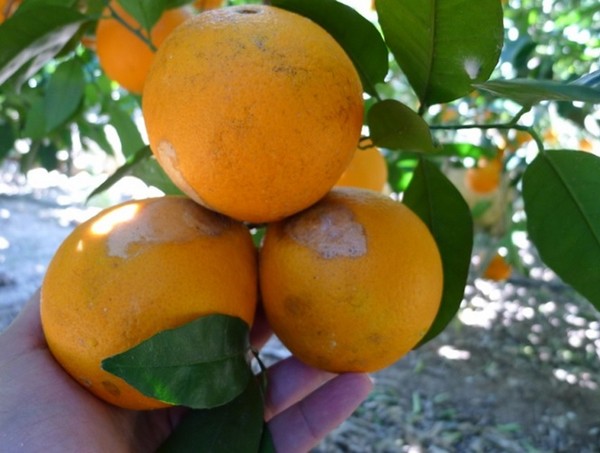 Since it was first detected in 2017, this pest of foreign origin has been causing increasing damage in Valencian citrus plantations, especially in the regions of La Safor, La Ribera and L'Horta, where up to 50% of the harvest of certain Navelina orange plots is affected. Moreover, in the 2020/21 campaign, the agrarian organization foresees an upturn as a result of the ban of Methyl Chlorpyrifos, the active material that shows greater effectiveness against this and other pests.

The president of AVA-ASAJA, Cristóbal Aguado, denounced that “the Council of Agriculture does not have a truly effective control strategy against Orchid thrips, because it has not been able to offer citrus growers any alternative to Methyl Chlorpyrifos, whether phytosanitary or biological, that could help minimize the losses.”

Aguado highlights the added threat posed by Orchid thrips spreading to avocados. “This is a good time for avocado growers thanks to the international demand for this subtropical fruit, which translates into reasonable prices for Valencian producers, but that profitability could be at serious risk if disease and pest problems emerge and the sector's productivity is affected.”

International Year of Plant Health
AVA-ASAJA recalled that Orchid thrips is not the only pest without viable solutions in the short term. "The United Nations General Assembly declared 2020 the International Year of Plant Health," said Aguado, "but given the lack of tools to fight Orchid thrips, as well as the South African cotonet in citrus or Xylella fastidiosa in almond trees, we could actually be calling it the 'International Year of the Expansion of Plant Pests and Diseases'. The harsh reality is that this is chaos; producers don't know how to save our crops. We have fewer, more expensive and less effective tools, and the European Union is allowing the arrival of new pathogens from around the world which they are also not prepared to handle."

Protest in Valencia
AVA-ASAJA and LA UNIÓ have called for protests to be held in Valencia on July 10 in front of the Government Delegation. They denounce the lack of measures to prevent the expansion of the cotonet from South Africa, which is expected to cause Valencia's citrus sector to lose 113 million Euro.