Coconut harvesting has been big news over the past few days. News websites all over the world have reported that large retailers are going to ban certain Thai coconut products. These include stores in the United States, the United Kingdom, and Albert Heijn in the Netherlands. That's a result of a PETA investigation. This animal rights organization looked into monkeys' in Thailand's living conditions. "These monkeys are snatched from the wild. They are then trained to pick thousands of coconuts a day," reads the PETA report.

"We certainly don't partake in this"
The Dutch company, Explosive Foods, imports its young coconuts from Thailand. They are aware of this practice. "We certainly don't partake in it," says importer, Daniel Penturij. "But, not everyone's clear on this. This concerns only coconuts that are processed into products like coconut milk and oil. These are a different variety to the young Nam Hom coconuts. These are the coconuts that go to the fresh market." 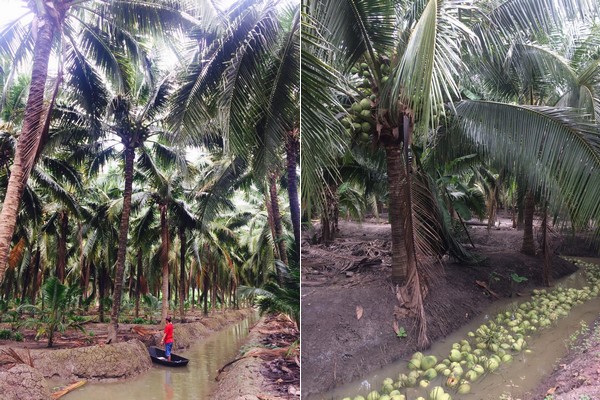 Young coconuts being harvested on one of the farms Explosive Foods works with. The coconuts are harvested by people using long poles.

"People harvest the coconuts on the farms we partner with. We've seen this with our own eyes. They don't use monkeys. The farmers have dug ditches throughout their plantations. The harvested coconuts fall in these and, so, aren't damaged. We think it's terrible that this is happening elsewhere in Thailand. We're also very opposed to this. But, it's crucial that this becomes clear - this monkey labor isn't used in young coconut harvesting," says Daniel. 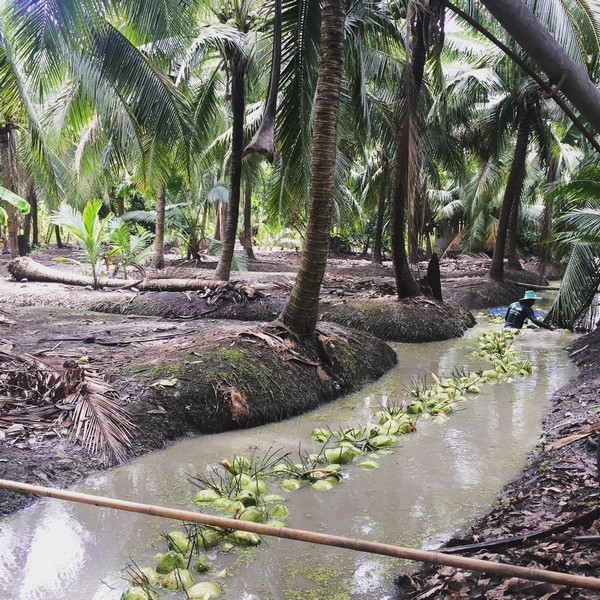