While the pandemic has brought many changes to all levels of the produce industry supply chain, for Piñabar, the machine that cuts pineapples for consumers inside of grocery stores, the disruption has fortunately been minimal. Michel van Keeken explains: “We saw the initial dip, like everyone did, but we actually resumed normal operations quite quickly. At the start, everyone was being extra cautious, but after about a month and a half we saw everything start back up.” 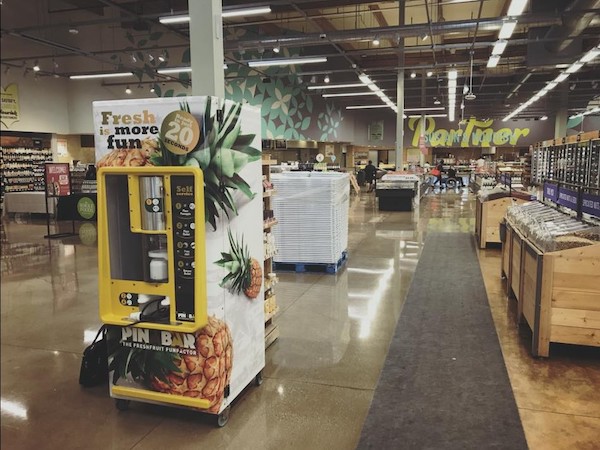 High retail movement and pineapple surplus
For Piñabar, there were a few aspects which helped increase their popularity in the past few months. While there are opportunities for Piñabar in the foodservice industry, the company is currently working mainly with retailers and the machine is present in supermarkets and grocery stores. Van Keeken says: “The supermarkets of course continued to run at full speed, and often at an even higher speed than normal. This gave them the room to continue their investments quite quickly after the outbreak of the pandemic.”

With the loss of the foodservice industry, which was a major outlet for pineapple producers, there was also a slight oversupply of pineapples in the market. “This made retailers more interested in the machines: they had more product to sell, and we have the numbers to prove that more pineapples are sold when there is a Piñabar in the store,” Van Keeken shares.

Focus on food safety
During the pandemic, even though it has been made clear by authorities that the coronavirus is not foodborne, the consumer focus on food safety has increased. This can be seen in the trend toward increased packaging rather than the ‘naked’ produce items and has also been experienced first-hand by Piñabar. “We saw in multiple countries that there was an interest for the Piñabar because the stores wanted to offer fresh-cut pineapple, but they wanted to ensure that the consumers felt that the product was safe,” says Van Keeken. “So, having a machine cut up the pineapple rather than a person helps make the consumers feel more secure in the food safety of their pineapples.”

The machine was developed with food safety at the top of mind and Piñabar even offers models that can be used with minimal touching: “We have a model where the lid opens automatically through the push of a button. If the consumer pushes the button with their elbow, then there really is minimal chance of any sort of contamination,” Van Keeken explains. 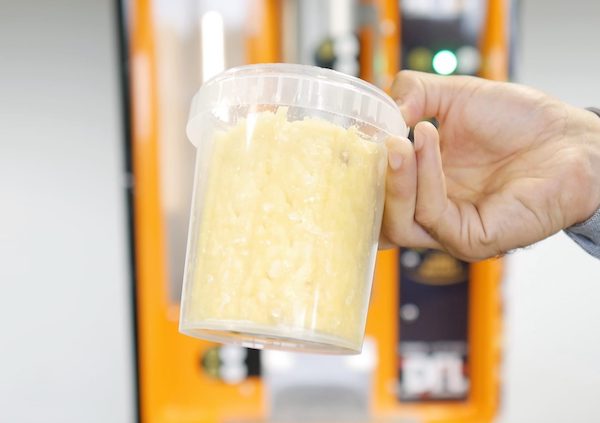 Expansion in the US market
The Piñabar is distributed throughout the world and Van Keeken has noticed that some markets recovered faster than others. “The Asian market hasn’t really fully returned to normal yet, and in the US it depends on the state. Right now, we are in a testing phase with a major retailer in the US: they have a Piñabar in their highest performing store in every state. The first phase was very successful and we’re now moving into the next phase.” The Piñabar is already available in stores throughout the US: “They have proven to be popular in Chicago, on the West Coast, and on the southern East Coast.”

“One consideration is the size of the machine: it’s pretty big and so in New York City, for example, it’s not practical to have it in the supermarkets because there is limited space.” With this in mind, Piñabar is planning on releasing a new, smaller model of the machine this year. “This version can be put on top of a table or a bar, and will really expand the possibilities of the machine,” Van Keeken concludes.