The commitment to the retail channel is one of the key points of the marketing strategy for the Princesse Amandine potato in Spain. The COVID-19 crisis has not stopped the expansion plans of Princesa Amandine Ibérica, which has announced two new commercial distribution agreements with Carrefour hypermarkets and with retailer El Corte Inglés (Hipercor and El Corte Inglés). Thus, both chains already have Princesse Amandine potatoes on their shelves.

Online channel
Jean Michel Beranger, general director of the Asociación Princesa Amandine Ibérica, said that "El Corte Inglés is making it possible to buy the potatoes through its online supermarket, thereby expanding the purchase options." He adds that "El Corte Inglés will be offering a special sale price for the first 10 days."

With the addition of both chains, the Princesse Amandine is already available at Spain's main retailers. Since the end of 2019, it has hit the shelves of Alcampo, Ahorramás, Lidl, Eroski, Supersol and Simply.

Beranger says that "it will soon also be available at Casa Ametller, in Catalonia." 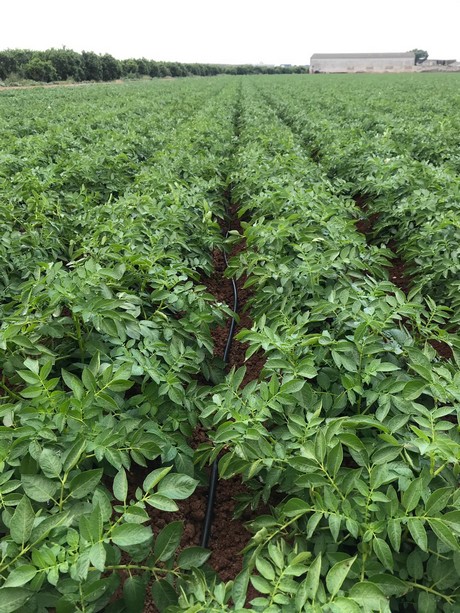 Princesa Amandine Ibérica is marketing Spanish new potatoes until the end of September. These potatoes currently come from the regions of Cartagena and Seville. Having this local production was one of the objectives of the Princesse Amandine Potato project.

The Princesa Amandine Ibérica association brings together four companies from the Iberian Peninsula: Ibérica de Patatas (Madrid), Zamorano (Barcelona), Udapa (Basque Country) and the Portuguese Campotec. The idea is to promote the Amandine variety with its Princesa Amandine brand.