Due to climate change, the weather is becoming volatile and unpredictable. In South-Eastern as well as in Central Europe, winters are now miilder, spring weather is dry and turbulent, and summers are scorching hot. Plant cultivation is vulnerable, and droughts as well as floods can cause serious damages. In the recent period, the early summer rainy season started in Serbia and caused considerable damages. 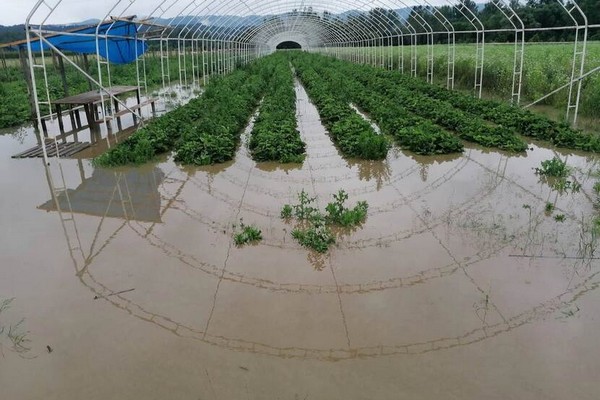 Floods devastate crops and raspberry orchards
A tributary of Zapadna Morava, the Moravica River flooded and destroyed more than a thousand hectares of raspberry orchards in Western Serbia. Between 2-3 thousand hectares of potato and corn plantations, vegetable gardens and pastures have been flooded, stated President of the Association of Raspberry and Blackberry Producers in Serbia Dobrivoje Radovic.

It is estimated that the most damage is located close to where the torrent left its bed, flooding the fertile parts of the land and uprooting the raspberry stalks as well as garden vegetables, carrying mud and debris. In some places, the accumulated layer of mud was half a meter thick which means that the grass in these areas cannot be used as hay to feed the livestock.

The export of raspberries usually generates about €230 million annually in revenue, according to President Radovic. He added that it takes two years for raspberries to reach full maturity. Even if raspberry growers were to plant new raspberries today, they would only bear fruit in two years’ time. The Serbian Government adopted the a decree to support municipalities affected by the floods with €1.7 million. This financial grant will be distributed to the affected 27 municipalities.