After twenty years of negotiations between Argentina and China, a shipment from San Miguel with 20 pallets and a total of 24 tons of fresh lemon sailed from the port of Buenos Aires to Hong Kong. In the next few days, another 21 tons will be shipped from Chile, a route that the company has used before to reach Asia by the Pacific Ocean with a lower transit-time. Once in China, the boxes will be transported to Guangzhou city, in the south of the country.

Lemons from San Miguel aboard the ships Maersk Labrea y HMM Blessing, will arrive in China in early August and later on marketed at the Jiangnan wholesale market, online retail stores and tea shops from the Guangzhou region.

“These tea shops are very popular in China, and lemon is one of the main ingredients that they us to flavor the infusion. The 138 caliber, a smaller size, is the Chinese consumer’s favorite since it fits perfectly in the coup of tea”, said Juan Martín Hilbert, Regional Commercial Manager for America and Asia. 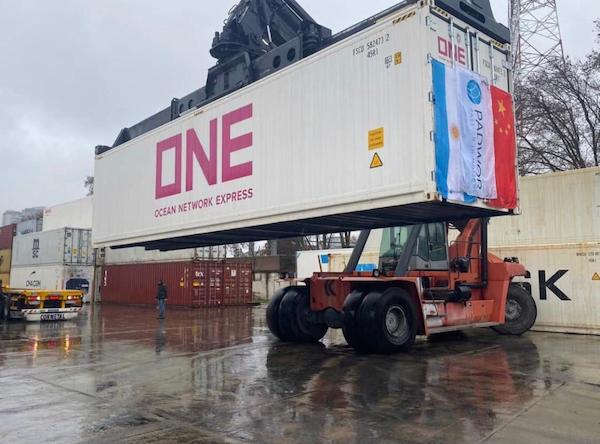 The arrival of this shipment represents a great opportunity from the lemons of Tucuman province, that from now on will be at one of the larger and more competitive markets of the word. “We seek to keep developing this new destination for our lemon and to continue growing in this market that has a huge potential due to its volume and sophistication,” concluded Hilbert.