“In an earlier period, due to Covid-19, large volumes of imported grapes suffered from poor sales. As part of a chain reaction, large volumes of grapes in various production areas were not harvested in time and the purchase volume was lower than previous years. These various factors have led part of the crop in the field to become overripe and soft,” Mr. Liao, Manager of Guangdong Shengxian Fruit Co., Ltd. said.

“During the month before the Dragon Boat Festival (June 25), grapes were selling very slowly in the Chinese market, and many wholesalers suffered heavy losses. During the Dragon Boat Festival, the market picked up briefly, and prices and sales improved,” the manager said. “However, this season’s prices in China are nearly half lower than in previous years. On the one hand, the consumption momentum in the Chinese market hasn’t completely recovered to reach the same level seen in previous years. On the other hand, the low prices of imported grapes that flooded into China over recent years have had some impact on the sales of locally-grown red globes.” 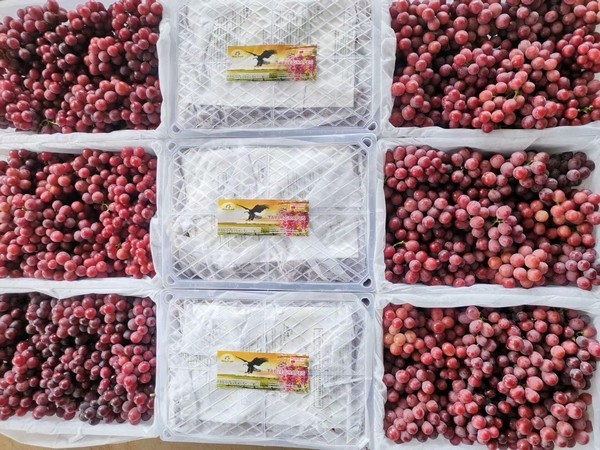 “In terms of exports, red globes and shine muscats are the varieties that we recently export in large volumes. Due to lower red globe production this year, our exports have declined by about 20% year on year. However, during the four months from mid-January to mid-May, the export volume of our shine muscats increased by 50% compared with last year. The main reason for this is an increase in the planted area and production. In addition, this variety is affordable and has a higher awareness in overseas markets than other varieties, so the demand has been large. The current export price is 15-35 US dollars/4 kg, basically the same as in previous years,” Liao said. “Among the grape varieties, I think shine muscat has great potential in overseas markets." 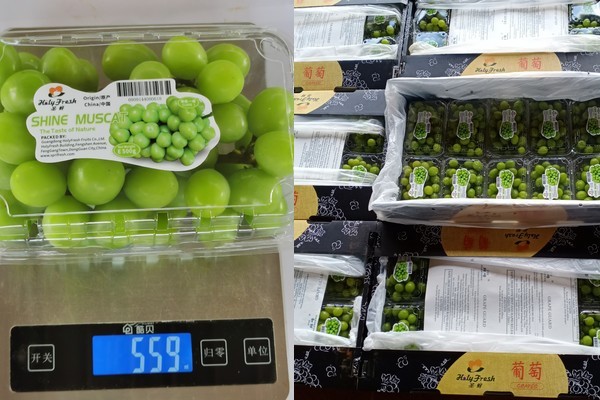 Southeast Asia, the Middle East, South Asia, and other countries and regions are the main markets of Guangdong Shengxian Fruit Products Co., Ltd. The company mainly exports grape varieties including red globe, shine muscat, xiahei, crimson seedless, white seedless, and fry. Each year, the company exports about 1,000 cabinets of various varieties to Southeast Asia, the Middle East and other markets, with exports accounting for 80% of its total sales.

“Although the Covid-19 crisis has had some impact on the fruit trading industry, as we have always had stable sales channels and have constantly been developing new customers, our orders over the recent months have not decreased but rather seen a slight increase." 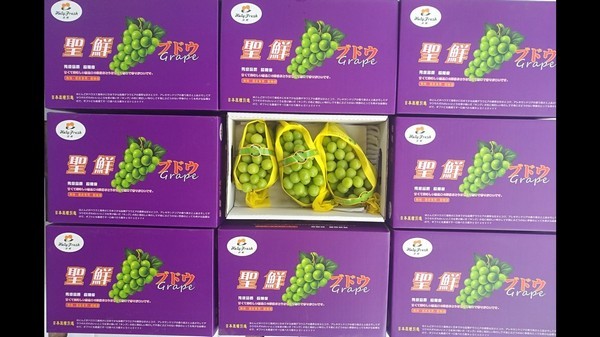 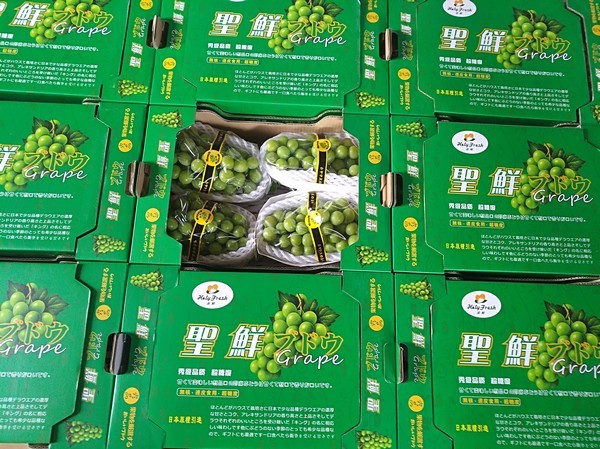 Guangdong Shengxian Fruit Co., Ltd. is engaged in domestic sales and the export of fresh fruits. The company has orchards across China, and its brands SPRIFRESH and HOLYFRESH have become popular in Chinese and overseas markets. In addition to grapes, the company also handles mandarins, fragrant pears, cantaloupes, and other fruits.