This year's wild mushroom season is in full swing. At Mushroom wholesaler Paris Direct, headquartered in Münster-Roxel, things are in full swing as well. "At the moment, we are receiving a lot of chanterelles from Bulgaria and Belarus. Starting next week -much earlier than usual- we expect the first shipments from the Russian area of Kaluga," says Managing Director Ramazan Gülnar.

Immediately after the asparagus season, the demand for fresh wild mushrooms from Eastern Europe and the Balkan region rises rapidly, Gülnar notes. During the season, the company also trades a lot of regional asparagus and berries from the surrounding Münsterland and Bielefeld areas. "In contrast to recent years, prices have been high and stable, but supplies have run out a little early. Normally, the market does not register an increasing demand for chanterelles until the beginning of July, this year the campaign started a few weeks earlier." 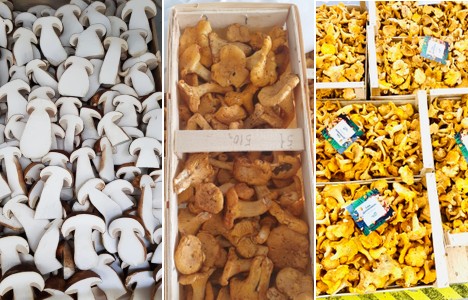 Smaller purchases per customer, larger clientele
The supplier is quite satisfied with the price-performance ratio of the arrivals so far. "The purchase quantity per customer is on average somewhat lower than in the previous year, but we have been able to acquire many new customers in all corners of Germany. So despite Corona and our large clientele in the catering trade, we have not suffered any significant losses in sales. On the contrary: in the first five months of this year we had a 20 percent increase in sales compared to the previous year," says Gülnar.

Bottleneck for medium sizes
Despite the positive interim balance, Gülnar observes an obvious delivery bottleneck in the middle sorting process. "Fine, small chanterelles are more than sufficiently available, I would even speak of a slight oversupply. The medium sizes, on the other hand, are only available here and there, which makes them very much sought after on the market." In terms of price, the available goods are around 9-11.50 per kg, depending on quality. "However, we have noticed extreme price fluctuations in the season."

In the coming week, the management of Paris Direkt expects the first arrivals from the Russian Kaluga area. In this region, too, temperatures are currently very high, at around 35°C. "Nevertheless, we expect a positive second half of the season. The Corona border controls, which until a few weeks ago made transports from Bulgaria and the Balkans more difficult, have now almost completely disappeared."

For the first time organic forest mushrooms
In addition to chanterelles, Paris Direkt also offers its major customers a rich selection of other seasonal wild mushrooms, such as porcini mushrooms and morels. "Summer porcini mushrooms from the Balkans are now being phased out, and the first shipments from Poland are expected to arrive next week. As for morels, after the end of the Turkish season we are dependent on the last small quantities from Bosnia and Montenegro." 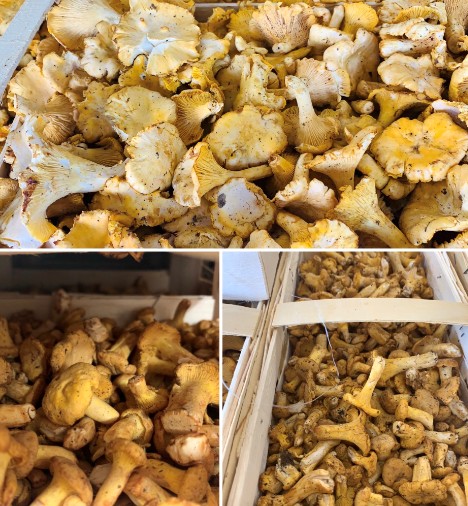 Parallel to the supply of conventional wild mushrooms, the company will also offer organic products for the first time this year. "Starting next week, organic chanterelles from Kaluga and Lithuania will be available. As far as porcini mushrooms go; we will wait until the beginning of the autumn season from mid-September. At that time, we will distribute organic porcinis from the Balkans."