"Climatic complications have not reduced the consumption or stopped Metis' expansion"

Despite this year's adverse weather conditions, which have had an impact on the stone fruit production across Europe, Metis' plums are back this summer with four different ranges, experiencing growth in terms of consumption and with the brand expanding in 28 countries. 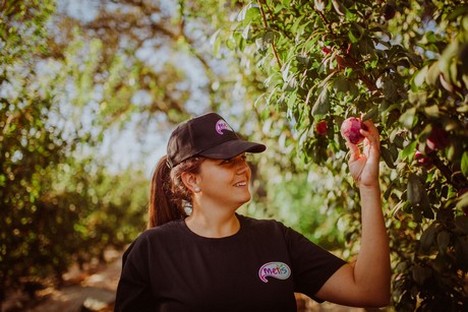 “After a very productive 2019, the 2020 season should be closer to that of 2018, with smaller, but good quality volumes. In this season marked by climatic adversities, which have reduced the potential of European stone fruits, the Metis ranges should maintain an acceptable volume, allowing them to guarantee a regular presence on the shelves throughout the season. This wouldn't have been possible without the professionalism of our producers and their strategic geographical distribution,” says Camille Herouard, manager of the Metis® brand.

These large, crisp, juicy and colorful plums are mainly produced in France, Spain and Italy. The Spanish season kicked off in late May and was followed by the Italian one in mid-June. The start has been very promising so far, according to Tanguy Debiesse, Strategic Director of FreshRoyal.

"There is a craze for these plums and growing customer interest in the different Metis families. The demand is very high, particularly in Asia, where interest is growing significantly, which points to the possibility of it becoming a large market. Still, we don't need to look so far away, as the most important goal is to develop the local markets. Given that the brand is already well-established in France and Italy, this year a greater effort will be made to develop the Spanish market. The first batches should be on the shelves in mid-July. This year's production has arrived almost three weeks ahead of schedule, although the supply will be especially great in terms of volume in September, at the end of the season."

Metis offers 4 kinds of varieties to explore "this new world of fruit":

Its varietal schedule is expanding year after year to allow European consumers to enjoy these plums from early June to mid-October. About twenty varieties are currently planted in a total of 500 hectares. “A new range is going to be added to the 4 already available that will complete the current range of colors; however, we'll still have to wait a few years to discover it, since the first plantings have been made this winter,” says Camille Herouard. 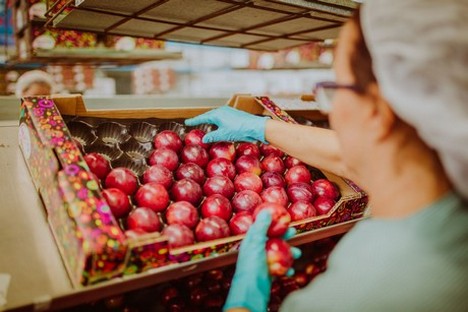 When it comes to social media, Metis continues to raise awareness and improve the visibility of its brand among consumers. New partnerships with influencers will be revealed throughout the season to encourage consumers to explore the world of Metis. "These versatile plums, which are as good raw as cooked, offer a good alternative to classic summer fruits. They are refreshing and aromatic, juicy but firm. An ideal snack for outdoors, but also an opportunity to explore new horizons in the kitchen," she said.

Plumastic Europe brings together the owners of the Metis, Star Fruits and Rustica del Guadalquivir brands with leading companies and specialists in the production of stone fruit, such as Blue Whale in France, Zani and Minguzzi in Italy and FreshRoyal in Spain.