“When it comes to stone fruit, this is a season of limited volumes,” says Filipe da Silva of Jaguar The Fresh Company. This Dutch company imports and distributes fruit and vegetable from all over the world. He points to a confluence of conditions as the cause. These include the corona crisis, which caused things like a labor shortage. Then there were the weather conditions in the stone fruit cultivation areas. At the same time, there were big promotions at different European retailers that caused a shortage. All these factors made for a meager supply of stone fruit. 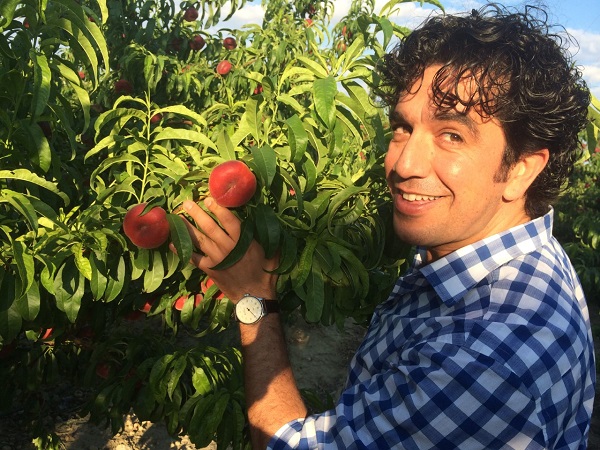 “I’ve been in the business for almost 20 years, and I’ve never experienced anything like this,” Filipe says. “In some weeks, there wasn’t a single kg of nectarines to be found anywhere. All the while, there was a global overproduction.” He says, at one point, the nectarine demand was ten times higher than the supply. Filipe’s determined that this caused prices sometimes to double. He did notice the situation wasn’t as bad in the second week of June. There’s, however, still a shortage of nectarines.

The same’s true for apricots. There’s an ample supply of peaches, says Filipe. Since an increasing amount of Saturn peach trees are being planted, there was a surplus of these. Filipe saw that, in mid-June, melon supplies outweighed demand. That’s the opposite of a few weeks previous. This resulted in reasonably low prices. “However, generally, we can call it an unusually good season. It has good price formations, certainly for the farmers. One for the books that delighted us as a buyer. It is, after all, a reward for all their hard work.” Filipe also sees stone fruit, and melons’ flavor’s becoming increasingly important.

Fruit that doesn’t taste good significantly affects its sales. More and more consumers want fruit that’s flavorful, stores well, and looks good. There’s been a lot of investment in this, which has improved things. But there are still many poorer quality varieties, he notes. “We still eat a lot of fruit that isn’t tasty or fully ripe. That’s a real shame. If you buy something that doesn’t agree with you, you won’t buy it again. It’s not so much about size or price. Flavor’s becoming essential. I think, soon, there will only be tasty fruit on the market. All the other types that aren’t as flavorful will slowly disappear,” Filipe concludes.