“For us, the stone fruit season’s good, price-wise. Less so when it comes to volumes. There’s no supply,” says Cédric Geens of W. Jonckheere, a fruit and vegetable wholesaler in Brussels, Belgium. He attributes this not only to the good summer weather in that part of Europe. There’s also limited supply from Southern Europe. Cédric notes this meager supply’s caused by the bad weather in, especially Spain. But, the weather’s not been good in Italy or Turkey either. At the start of June, he expected that slightly more stone fruit volumes should arrive on the market. 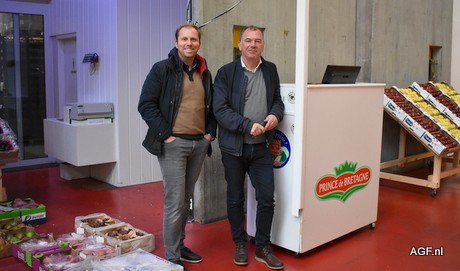 He, however, thinks the Southern European weather - too-low temperatures, lots of wind, and hail storms - will keep fluctuating wildly. It’s, therefore unclear, what damage this will cause. “I am working on the presumption that at least 50% of the cherries will sustain damage. And peaches and nectarines will be about 30% more damaged than usual,” expects Cédric. He sees there’s been an increased focus on flavor on the consumer market in recent years. And the nectarine varieties are responding better to this than the peaches. So, in Belgium, peaches are being pushed further and further into the background.

“Nectarines are smooth and easier to eat. A peach’s skin is less palatable.” Considering melons, Cédric says, this fruit has suffered greatly under the cold Spanish weather. “The cold meant there were hardly any blossoms. That’s led to extraordinarily high prices for Spanish watermelon. All the other melons have been delayed. We’re getting minimal supplies because many of the crops have failed. We’ll have to wait to see the extent of the damage and what the next weeks hold for Spain.”

Cédric says the corona crisis had a larger impact on the fruit and vegetable demand. That was because people had more time for shopping and preparing home-cooked meals. “We noticed a difference to other years.” He does, however, see a problem for growers. The Belgian markets are still only functioning on a small scale. So, it’s challenging to sell class II products. That wasn’t an issue in other years. “Class I trade now counts for 90% of business. That’s a major problem for many growers. They have no alternative for their slightly less attractive fruit,” concludes Cédric.