The state of Michoacán in Mexico supplies about 45 percent of the international avocado market. One of the region’s grower-shippers of the ‘green gold’, La Bonanza Avocados, located in Uruapan Michoacán, has been a target of the country’s organized crime cartels.

Challenge
“Avocado theft is an ongoing concern for producers, and we’ve had our share of challenges,” says Obed Sanchez, Foreign Trade Manager for La Bonanza. “As avocado exports to the US have quadrupled over the last decade, our truck shipments to our northern neighbor became a target for thieves. Theft concerns were becoming a significant threat to our operations,” continued Sanchez. “From the time the shipping trucks left Uruapan to when they arrived at the US border, we were having difficulty preventing the theft of our trucks.” Over the span of a few short years, the company had experienced a series of truck thefts — sometimes multiple trucks per day. 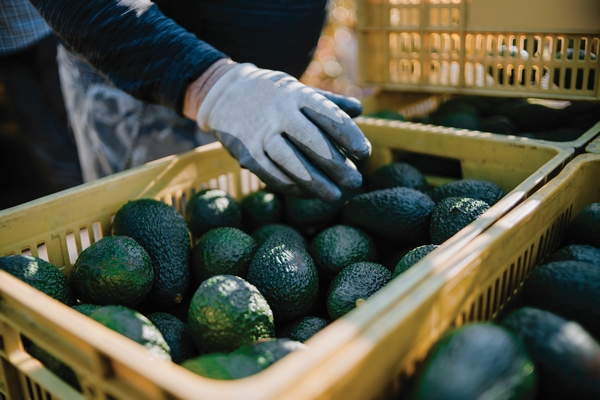 Solution
Since 2016, La Bonanza had used Emerson’s GO Real-Time Trackers and Oversight software portal to monitor in-transit shipments of its avocados to the US. As a standard practice, one pallet loaded onto every shipping truck was equipped with a GO Real-Time Tracker. This helped La Bonanza’s operations managers track the location of its shipments and validate that its perishable cargo was being held at the proper temperatures.

“It’s very important for us to maintain proper temperature control and keep our avocados in the best condition during shipments,” said Sanchez. But with an increase in truck thefts, these real-time monitoring capabilities began to take on an even more vital purpose.
“Our biggest challenge with stolen trucks is losing visibility to their location,” said Sanchez. “If we can track their location, we know that we still have a chance of alerting the police and recovering the fruit.” Since thieves typically transfer loads — of up to 40,000 pounds of avocados — to other trucks or distribution points in haste, time is of the essence.

It turned out the Oversight portal was able to locate stolen trucks in real time. “During a spate of repeated incidents, our ability to quickly locate stolen loads via the Oversight portal led to the rapid identification of truck locations and recovery of valuable produce,” commented Sanchez. While there is no way to prevent these crimes from occurring in the future, La Bonanza has a much better opportunity to recover their losses and bring criminals to justice.

Mission, TX warehouse
La Bonanza also delivers avocados throughout the US from its distribution warehouse in Mission, Texas. “The team uses GO Real-Time Trackers and Oversight portal to monitor shipment location and delivery schedules, and ensures that avocado temperatures stay within the preferred range of 38 to 42 degrees Fahrenheit.”

“Now that we have the real-time visibility and can access reports to verify temperatures during each shipment, we’re better equipped to optimize food quality and respond to customer disputes.”