“Digitization will optimize the logistics sector”

While studying law, Troy Muyshondt became obsessed with the logistics sector, especially sea freight. After completing his studies, he started working as a lawyer in maritime law, but the innovations drew his attention. A new study direction and a thesis on Blockchain in the logistics sector brought him into contact with Michiel Valee. Michael had chosen the same subject, Blockchain. Over coffee in Antwerp, Belgium, the idea of an own company, Dockflow, was born. Shortly afterward, Pauline van Ostaeyen joined the team.

That was about three years ago. Dockflow started out as a consultancy firm for the logistics sector. It soon became clear to Troy that many processes could be optimized. So, Dockflow started focusing on developing a platform. This was to make it easier for the parties involved to access the available data. “Our main goal is to offer a tool to forwarders,” says Troy from his office in Antwerp. “The tool collects all the available data that was previously collected by the different parties." 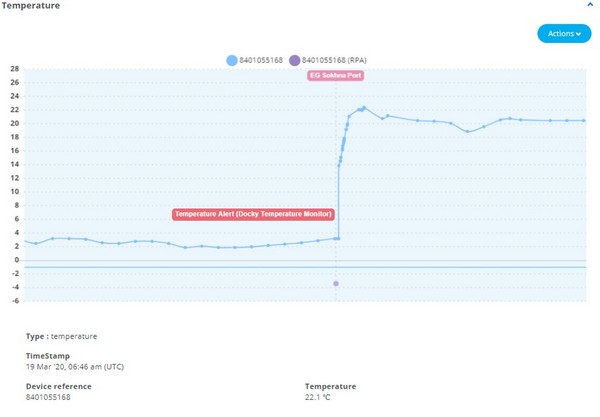 Monitoring temperature in the reefer container

"It then visualizes it in a program. A reefer container might be compared to a black box. You know nothing of it when it leaves. Where is it? When is it expected at the port? At what temperature does its contents find itself? Which documents are linked to this container? And which other parties can see its status? We collect all the information that can provide answers to these questions. That's often data from the carrier or terminals."

"But we also collect it from sensors that can be placed on or in the container. We mostly do this by working with the relevant companies. It is, ultimately, their data we want to clarify for their end-users," explains Try. "That means we sometimes have interesting partnerships with which we can absolutely make a difference. For example, we use the data Spire collects from their satellites. We can then provide a very accurate image of a container's position, better than similar programs.” 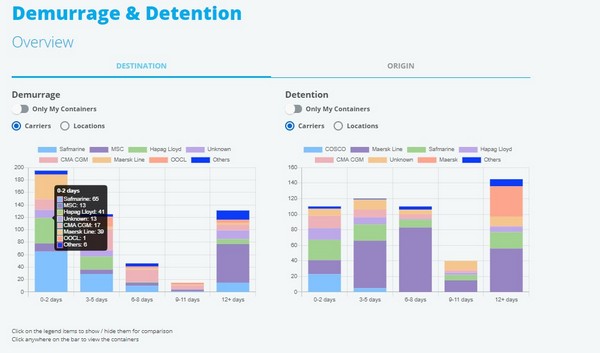 Overview in the demurrage of containers

By collecting data from multiple places, Dockflow can prevent several blind spots along the container’s route. “Much of the information still depends on human input into the system. The use of 2G and 3G plays a role too. Here, sensors can sometimes lose data. In the future, we also run the risk that shipping companies’ currently available data might be monopolized. Those companies will want to keep it for their own platforms.” 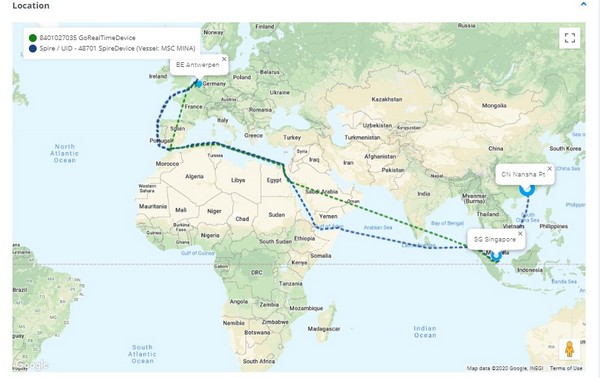 Especially important, insight into the location

Prevention’s better than cure
Collecting data and making it transparent. That sounds familiar, and there are several parties on the market that are plugging into this relatively new market. “I’ve heard many logistics companies remark on another such platform being added. We, however, have a different approach regarding collating this information - we mainly want to bring parties together, and, so, make the logistics chain more efficient. This program can, for instance, prevent product loss. If an expeditor sees a container’s temperature’s dropping, he can contact the shipping company. Seven times out of ten, this can prevent damage.”

Added value
But, competition’s a good sign. No competition means there’s no market. “The container market, certainly for the large shipping companies, is currently entirely satiated, making horizontal expansion possible. That’s true for forwarders too - a market that still grows by 4,5% annually. You can do one of two things," continues Muyshondt. "Either you are going to use price to distinguish yourself, or you’re going to do so on service and what you can offer."

"People often prefer not to do the first. Whereas, there’s a lot to be gained with the second option. The entire market situation makes things extremely interesting for our company. We want to consider all the issues in the sector and come up with solutions. But that takes time. After all, the only radical change in the sector, so far, has been the introduction of the container itself. Now it’s digitalization’s turn to optimize the sector.” 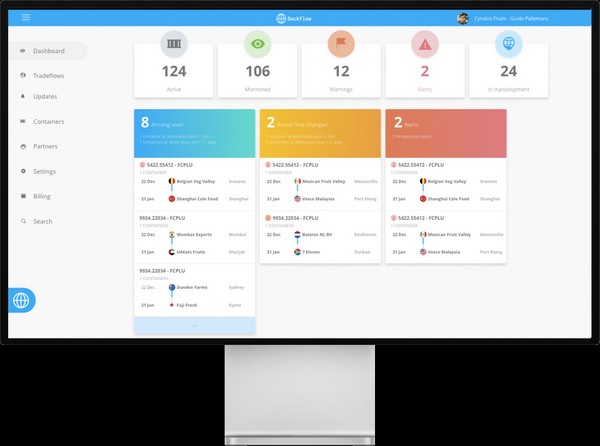 Everything clearly arranged on a platform

Assuming that software development is never-ending, Dockflow’s working on adding new features to its platform. “We’re currently working on three new developments,” says Troy. “For example, we want to make it easier to get cargo insurance. That’s such a rigmarole at the moment. We also want to connect the valuable inspection reports to the containers. Inspectors check the container's contents before its shipped. Their reports then often end up on a shelf somewhere."

"By digitizing these, we want to make it easily accessible for the parties involved. Finally, we are going to provide insight into the container’s intermodal routes. What’s the most effective transportation method between A and B? Not just considering the time and price, but also seeing its environmental impact. Our focal point remains that, first and foremost, we want to offer a platform for sea freight, from start to finish.” 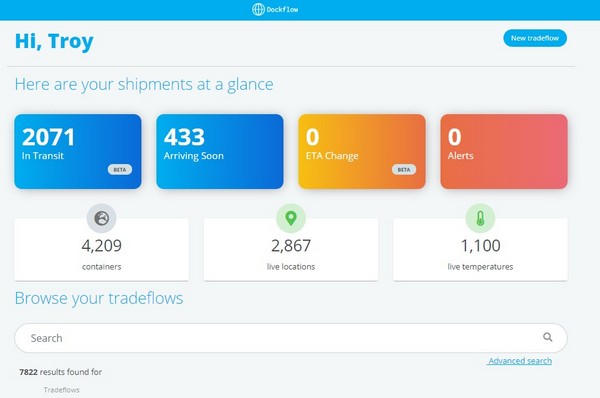 Dockflow makes the data of containers transparent on the platform

Dockflow’s new developments have, however, been put on hold. “The coronavirus pandemic means we been unable to have the necessary meetings," says Troy. "During the crisis, however, we did provide data for containers that were stuck in some ports. That became a big problem because these stranded containers incurred fines. We received a lot of positive reactions to this”.

Pioneers
Troy’s noticed that many people believe such developments are further along than is actually the case. “It sounds simple enough, but it’s all still in its infancy. We only introduced the system to the market about 18 months ago. Digitization not only offers opportunities for growth but also for the further optimization of the logistics sector. That remains our primary starting point,” Troy concludes.