Cuban government calls on citizens to grow their own food

Lately, Cuban food security has risen to the top of the national agenda in that nation, with countless news headlines and televised roundtable discussions dedicated to the topic.

“Cuba can and must develop its program of municipal self-sustainability definitively and with urgency, in the face of the obsessive and tightened US blockade and the food crisis COVID-19 will leave,” José Ramón Machado Ventura, 89, deputy leader of the Cuban Communist Party, was quoted as saying by state-run media on Monday.

The Caribbean island imports roughly two-thirds of the food it consumes at a cost of around $2 billion annually, in addition to key farming supplies like fertilizer, machinery and animal feed. But imports have nosedived in recent years as aid from ally Venezuela shrank following its economic implosion and US president Trump tightened the half century-old US trade embargo.

That led first to shortages of imported food and then to drops in national agricultural production. Output of Cuban staples like rice, tomatoes and pork fell 18%, 13% and 8% respectively last year, according to data released this month. 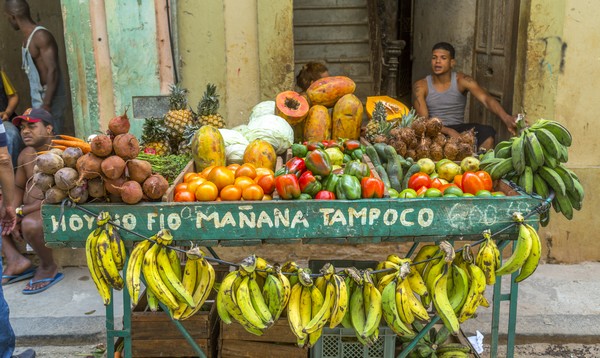 The coronavirus pandemic, which has paralyzed the key tourism sector, has only exacerbated the situation.

Leaders have appealed to Cubans to redeploy lessons learned during the so-called “Special Period,” the deep economic depression Cuba fell into after the 1991 collapse of former benefactor the Soviet Union.

Havana now produces 18% of the agricultural produce it consumes, according to state run media.

Communist Party activists are signing up in some provinces to do voluntary work in the fields while authorities have distributed leaflets to neighborhood leaders in towns and cities on expanding family farming.