Perlis, is the smallest state in Malaysia. However, the state is a fiery one when it comes to defending their trademark Harumanis mangoes.

The Intellectual Property Corporation of Malaysia (MyIPO) has stated that usage of the name Harumanis applies exclusively to the variety of mangoes grown in Perlis. The name was registered back in 2011.

Sinar Harian reported its director-general Datuk Mohd Roslan Mahayudin as saying that mango farm operators who use the name elsewhere outside of the state can be liable for action in court under the Geographical Indications Act 2000.

"The Perlis Harumanis mango (Clone MA 128) was registered as a Geographical Indicator on August 2, 2011, on behalf of the Perlis Agriculture Department. Should any party claim their mangos are Perlis Harumanis when they were actually produced elsewhere such as in Kedah, Kelantan and such, an injunction can be made and compensation claimed under Section 5 of the Act, for providing a misleading picture on the Geographical Indicator product," he said. 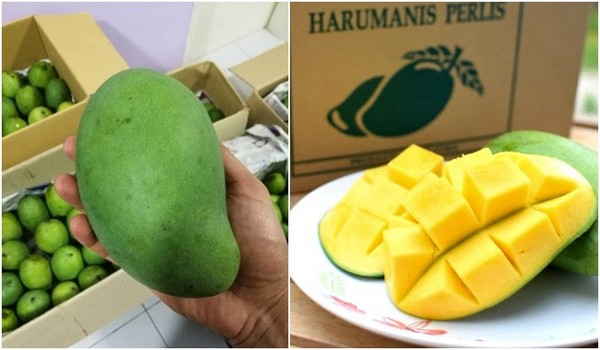 Section 5 of the Geographical Indications Act 2000 states that “the court may grant an injunction to prevent any unlawful use of the geographical indication and award any damages and legal remedy as it deems fit” if the indication is abused.

Harumanis is considered the ‘‘King of Mangoes’’ and is very popular in Malaysia, with even Japan specifically requesting this mango because of this very sweet and aromatic fragrance.