As a major port for trans-Pacific trade, the Port of Long Beach (POLB) is playing an increasingly important role in shipping produce.

Positioned in Long Beach, CA, the port plays a large role in exporting produce over importing. While the West Coast ports alone account for 81 percent of the export market, POLB is considered one large port complex with its sister port, the Port of Los Angeles (POLA). “Together the two ports account for 24 percent of the market share exported out of the U.S.,” says Heejoo Ramsey, Assistant Marketing Manager for POLB.

Ramsey says the Port sees a variety of produce items come through from the Pacific Northwest down to California heading to countries that rely heavily on these exports, including Korea, Japan, Taiwan and Hong Kong. “We just finished the domestic citrus season and after that, it’s potatoes moving through the ports. Then it’s vegetables in the summer months and after that, grapes pick up,” says Ramsey. 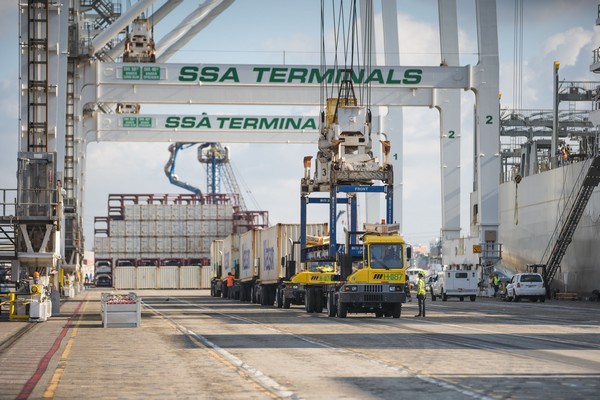 “The amount of imports is significantly lower than exports,” adds Ramsey. “Only about two percent of the U.S. market share comes through our port.” (This is between POLB and POLA.) That includes bananas, the biggest imported produce item in the U.S. That said, because POLB is mainly a container port and bananas are bulk shipments usually shipped in bulk vessels, they’re more likely to head to ports such as the Port of San Diego and Port Hueneme.

Citrus timing key
As for 2020, given that POLB was heavily shipping citrus to Asia at the time was a fortunate turn of events when the COVID-19 pandemic hit. “Towards the end of when we’re shipping grapes, it’s citrus season. And right before Lunar New Year, a lot of citrus goes to Korea and Japan. They’re big buyers of citrus,” says Ramsey.

Yet, citrus shipments remained strong throughout the pandemic. “Our shippers told us their volumes hadn’t died down. Japan and Korea haven’t shut down like India for example—business continued to go, and restaurants remained open in both countries so the demand was still there,” she says. Other developments added strength to the U.S. citrus export market as well. “The South Korean government for example passed out care packages to families affected by COVID-19. They included a lot of fruits and vegetables with Vitamins C and A and the citrus that were in those boxes moved through our ports,” says Ramsey.

What did prove to be a pandemic-related challenge though were “blank sailings” which means skipped vessel calls at the Port. “All ports in the U.S. saw this due to COVID-19,” says Ramsey. “Ships move on a round-trip basis and they have to leave with something from Asia for example to come in for that to be able to move back out. If there’s nothing coming in, there will be blank sailings and we’ve had more blank sailings this year than ever before.”

Demand stayed strong
Yet, produce orders didn’t slow down. “Because of that and not having vessel sailings every other week, accessing refrigerated container equipment has also been a challenge for a lot of the shippers,” says Ramsey. To offset that, ships that were moving tried loading more the week before and after the blank sailing week. “And then there would be a week where nothing was being packed and everyone had to wait until a ship came in,” says Ramsey. “The ups and downs were more drastic. It also caused problems like not having enough truck drivers available to not having any work to do in off weeks.” 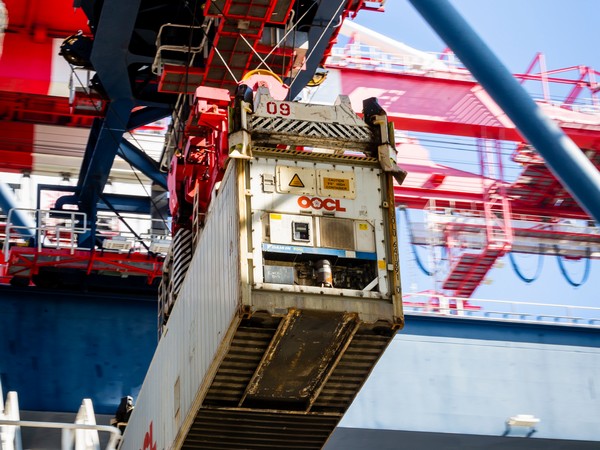 In turn, bulk ships were hired to move citrus to Asia in those off weeks which helped, but to a lesser extent. Those bulk ships could only move approximately 345 containers while a regular ship carries more than 1,000 containers.

Volume to increase?
While that problem looks to be behind the Port now, looking ahead, Ramsey says that ocean carriers are working on boosting the volume of produce being moved and some have added more refrigerated containers to their fleet. “So, moving forward, we should see more growth,” she adds.

That helps given the strong interest in U.S. quality produce items. “We’ve heard from our produce exporters that most countries buying produce believe the U.S. has top quality,” says Wendy Fung, Business Development Manager for Export Cargo with POLB, noting this includes key California products such as cherries, grapes and citrus. “So, countries that are more affluent such as Korea and Japan and to a certain extent, China, as the middle-class consumers grow, there will be more and more demand for U.S. produce.”