“Variety’s the only way to keep people eating apples”

It’s vital that an apple be tasty, says Vincent Nicolaï. He’s the third generation of the Johan Nicolaï tree nursery business in Belgium. This nursery focuses on growing apple trees for professional farmers. Along with the ZOUK breeding partnership, Vincent also focuses on the breeding and development of new apple varieties. “But taste’s also enormously subjective. When it comes to taste, we are all very different,” he explains. 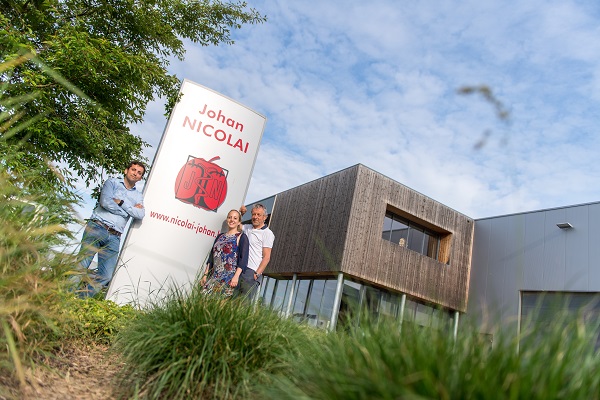 There does, however, seem to be a general flavor preference for apples in the market. Towards the south of Europe and the Arabic countries, people prefer sweet or semi-sweet apples. There’s a general tendency toward sweeter flavors. But, he doesn’t think the tangy aspect should be forgotten. This adds an extra dimension to the flavor profile. “An entirely sweet apple can seem one-dimensional.” Besides a nice flavor, ZOUK focuses on a palatable texture. “That affects the taste and forms part of the experience.”

Vincent says flavor - there’s no dispute about flavor - often results in varying opinions. A good texture’s far easier to judge and results in less division. “An apple with good texture’s crispy, but not rock hard, and certainly not mealy,” he says. “It’s crucial that a good apple’s good to eat. If you have a wonderfully aromatic apple, but it’s flat or mealy, the battle’s half lost.” Vincent’s determined that the market wants tasty, structural, nice-looking apples.

Innovation
And Vincent considers connection with the market a crucial aspect of apple breeding. He sees there’s ever-more competition for apples. “There are so many new kinds of fruit on the shelves now. These weren’t around before, and certainly not year-round. There’s almost always strawberries, melons, or citrus. So, apples are facing tougher competition. There are far more alternatives than in the past because there’s simply more choice.” 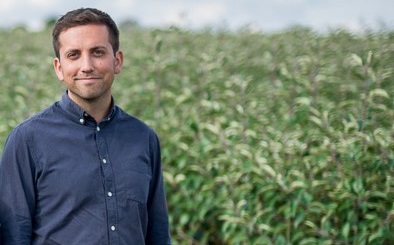 He thinks the sector also dropped the ball here a little. Vincent explains that Eurostat data shows that fewer apples are being eaten each year. “Apple consumption in, for example, France, dropped as quickly between 2008 and 2018 as red meat consumption did,” says Nicolaï. “Despite this fruit having positive aspects, fewer apples are being eaten. And that’s thanks to the presence of alternatives.” Vincent considers innovation to be the driving force behind keeping apple consumption on track.

He states this is evident in other sectors. He sites industrial production as an example. A lot of this has - despite automation - been moved to low-wage countries. But, the precision materials for these processes are still produced in Belgium. “You must think about fruit like this. You’ll have to come up with new things. People will pay for this. Other fruit categories have proved this. Blueberries, for instance, cost €12/kg. Consumers are prepared to pay for something they want.”

Renew and surprise
“What we really look for when it comes to breeding, is the surprising - an apple that jumps out at you regarding color and texture.” Vincent predicts that quicker rotating apple varieties are the way forward “Apples we’ve known for decades, like Jonagold, Golden Delicious, or Granny Smith will not disappear tomorrow. But, I’m not convinced that the next generation of apples will remain on the market for 40+ years.”

“I think renewing apples and introducing new varieties every 15 to 20 years is precisely the way to surprise consumers. They’ll then also be triggered to keep buying apples.” Vincent’s noticed that in the past, too much heed was paid to cultivation aspects, like high yields. This was done when apple varieties were selected. Less attention was given to elements like a good texture or introducing different flavors.

Vincent thinks working with lines can also be a way to surprise people and offer consistently high-quality apples. In these lines, stores can offer various visually-similar varieties - such as red apples - within a single concept, throughout the year. “We’ll have to fundamentally rethink our sector and change the way we do things. There must be a variety of apples. That’s the only way to ensure people keep eating them,” Vincent concludes.