Solid start, but demand and prices are dropping

The Greek watermelon season has had a challenging time, but it doesn't have to do with the pandemic. Although weather seemed to be ideal at the start of the season, weather has gotten worse since and demand has dropped as a result.

After a solid start, the Greek watermelon season had to deal with lower demand and lower prices, says Greek Fruits Christos Varvaresos. “The watermelon season had a great start with a great demand and great prices for the producers. This was mainly due to very good weather in Europe and a brief period of extreme hot weather, which caused the demand of watermelons to spike. After that the watermelons demand, and consequently the prices, went down, causing the exports to clog and much of the harvest lagging behind in the field. The nature of the watermelons is that when the time comes to be harvested it should be done within three to four days maximum, after that we have problems of over-ripening and they are not desirable to the customer.” 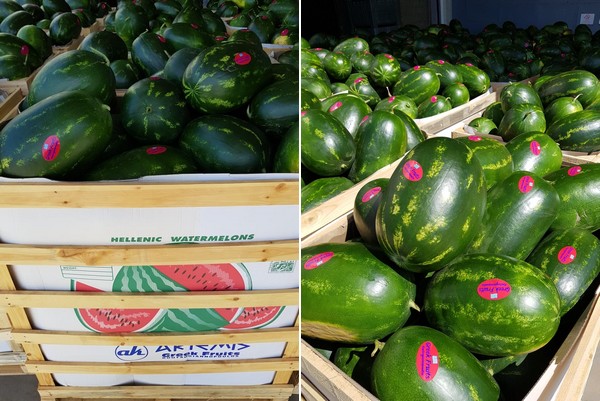 While growing the watermelons, everything looked great for all four varieties that Greek Fruits exports: “The weather during all the period of growth has been nice and frankly ideal. This caused our fields to have a proper yield. We mainly produce four varieties of watermelons, falling into two categories, long shaped watermelons and round watermelons. The long shaped are the varieties of Samantha and Cleopatra and the round ones are the Florida and Obla. We export all four varieties all around Europe. We aim for the perfect quality cooperating with our producers, working exclusively for us, controlling any pesticides -if they are needed- that are used and making sure that they are used properly and at the correct time.” Varvaresos explains. 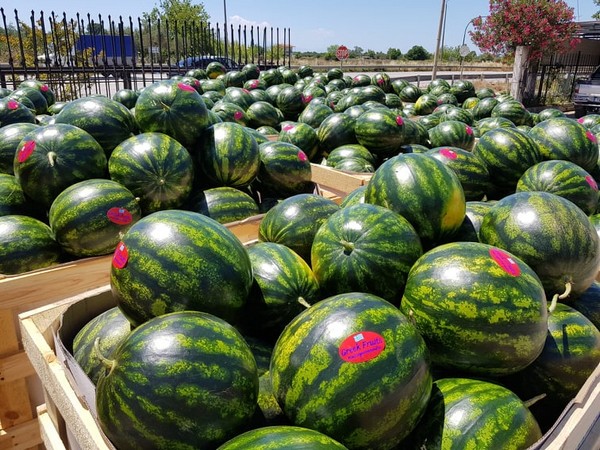 At the start of the watermelon season, the biggest challenge seemed to be the closure of the borders, but this low demand is actually the culprit for making the season a lot worse. “Judging by previous years of experience we expected a good season but weather is not on our side, as it needs to be warm or hot for the consumers to want watermelons. Even if the crop is at its very best the exports are limited, they are limited because of bad weather and medium to low temperatures for this time of season all around Europe. Our main fear was the closing of the borders during the pandemic, but the weather has proven to be our biggest enemy. This entire bad weather situation causes low demand.” Varvaresos says. “Logistics has not been an issue so far but as the summer intensifies and the attention of the logistic companies shifts to other parts of Europe it is going to be harder to find trucks to fulfill our orders. Our company’s target of watermelon exports is to reach 6,000 tons and we expect to reach our target by the end of the season.”

Although exporters might have a harder time this year, the producers are the ones that really need some extra support: “This year has been a tough one. Greek producers were hoping for an excellent season with weather helping their crop, but when time came for the harvest both prices and demand were at a really low level. All export companies, including ourselves, and all the brokers dealing with exports or local market have to support and take care of the producers we cooperate with. We as a company are doing our best to take care of them, even if that means that our profit margin is getting smaller. It is essential to understand that the main role in the production chain is the producer and they need support during this difficult period. If things continue as they are, many of our producers declared to us that they will give up production of watermelons.” Varvaresos concludes.