The first early potatoes were sold quickly, but according to Felix Molenaar of the potato trader of the same name from Haarlem, the heat of the past week has thrown a spanner in the works. "It was going really well until summer came. As a result, the consumer market collapsed last week. Last week everyone went to the beach and then often there are no potatoes on the menu. The good prices we had were gone all at once. The supply was there, but the demand was gone. The fries market did pick up at one point, which was an advantage. "

According to Felix, the supply of the early potatoes is quite large. "There is more than enough to meet the demand. Despite the drought, the supply is not disappointing. You see that many growers have invested in irrigation reels. And thanks to the showers we have had, the crops are now a lot fresher. There are enough potatoes available for the time being, but that does not say too much about the rest of the season, the growth of the late potatoes should only start in August, you cannot say anything about that yet. I sincerely hope that we will get an average yield. That would be best for everyone. With shortages and high prices, you will miss exports and a surplus will not help anyone either. The best thing is if everything keeps going a bit.

"If it does not get too hot, the sales will continue to simmer. But we are in the weeks where traditionally the sales of potatoes are on the back burner. In the north of the country they already have a holiday on Friday. We were able to take advantage of the 'grey wave' that has not been on holiday in May and June. Those older people, they are the best potato eaters. They normally go on holiday in May and June. Now there will probably be more people staying at home, but in our clientele there are still plenty of market vendors, hawkers and shops who will take a few weeks off. "

"Early potatoes are still a first for our customers, consisting of specialist shops, market traders, hawkers and farm shops, which are very much appreciated by their buyers," says Arjan Riezebos of Postuma AGF. "We are already full of it. Frieslanders are by far the most sold of all kinds of new potatoes." 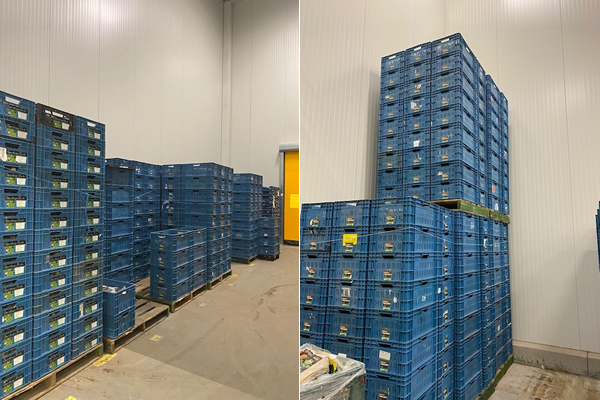 "We already have the entire package ranging from Frieslander to Doré, Nicola, Opperdoezer, Eigenheimer and Bildtstar at our disposal. The early varieties Frieslander and Doré are already well sized, the other varieties may become a bit coarser, but that will certainly work out in the coming weeks," said Arjan. "There are also various varieties of sandy soils available, but for us and our customers, the clay potatoes are really preferred because of the taste."

"It depends for a while what the consequences of the rain will be. I prefer not to get the potatoes harvested whilst wet, because people still buy with their eyes. The prices at the farmer of Bildtstar and Eigenheimer are still strong, but Doré and Frieslanders are currently at a fairly low level. The advantage of this is that you can put away large volumes," Arjan notes. 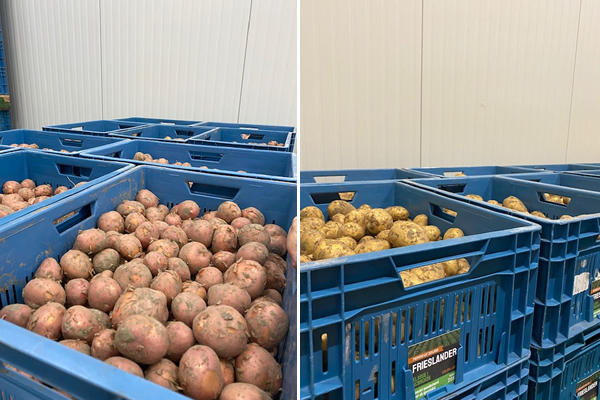 The hot weather of the past week also caused a dip in potato sales at Postuma AGF. "But now you can see that after two days of cloudy weather it immediately improves again. People go back to eating at home and that was a different story last week with those high temperatures," Arjan concludes.