Früchte Stark is a well-established wholesale company based in Marburg, which is managed by Florian Stark. Since 1 April this year, the company has also had its own stand, selling potatoes and onions at the Frischezentrum in Frankfurt am Main - we spoke to the managing director about how this came about and how the pandemic affected the first months of business.

"My family has long been friends with the Merz family, who operated the Merz & Merz OHG potato and onion wholesale business with a wholesale market stand in Frankfurt. When they did not have real successor, I decided to take over the stand," says Florian Stark. On 01.04.2020, just in time for the beginning of the spring potato season, the stand was ready to go." 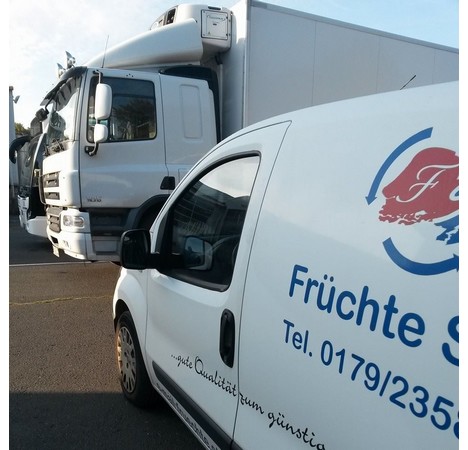 Frankfurt's fresh food centre was among the wholesale markets that by and large weathered the crisis well. Stark recalls: "Potatoes and onions sold extremely well - it was like Christmas and Easter all at the same time." In the meantime, the situation has levelled off somewhat, although there is still great demand for the retailer's special products.

The German early potato season is already in full swing. "Last week we had a small bottleneck for a day or two, due to the rain. Overall, however, there are no volume problems so far this season. The first early potatoes came from the Palatinate a good two weeks ago, and now there are also goods from the Rhineland and other regions on the market. Stark generally only markets German potatoes and tries to purchase regional produce as far as possible. "In September and October, I still get potatoes from my farm in the Lüneburger Heide for a short time."

The wholesaler's onions come from Spain all year round and in smaller quantities from Chile. The season is also good in Spain this year: "There are enough goods, but the freight has caused some problems because of the coronavirus. There weren't enough cooled trucks and in the current temperatures, uncooled transport is not possible."

Local onions are not an alternative for his customers: "I mainly trade onions for the catering trade and these don't exist here, really."