Sigfrido Molina: "We must ensure that the value of European mangoes is recognized"

The Spanish mango campaign will start in about 2 months in Malaga, the main production area for this subtropical fruit in Europe. "Although we still have to wait a while, it already looks like we'll have an 'on' year when it comes to the production volumes; however, the abundant rains during the flowering period caused some bortrytis problems and in some farms the yields will be lower, especially in those of those producers who didn't do the necessary flower cleaning tasks to induce a second bloom. In any case, new mango plantations continue to come into production this year, so, in general, it will be a year with more mangoes,” says Sigfrido Molina, manager of the Malaga-based company Sigfrido Fruit. 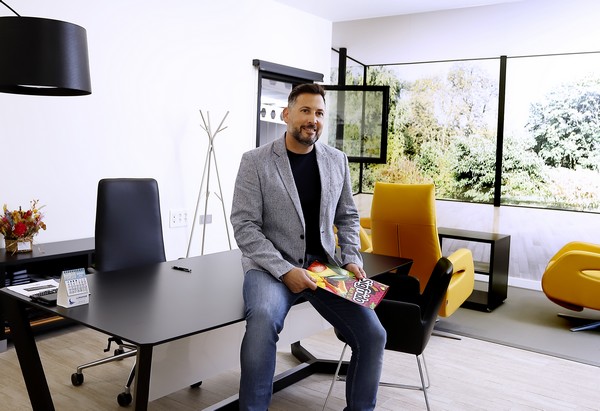 In the previous campaign, the production was lower and, according to the producer and marketer, the prices were higher at the beginning, but then they collapsed. "Spanish mango is very seasonal; almost the entire production is harvested in two and a half months. During the rest of the year, European markets have mangoes from Brazil and other origins. Therefore, it's going to be very difficult to ask for higher prices for our mangoes if we don't work in giving our product more added value in the long term, and this is something that has yet to be achieved. In recent campaigns, there are companies in this sector that have invested heavily in ambitious promotional actions. The goal has been for Spanish mangoes to be perceived by European consumers as a seasonal and local product. I think this is the way to go and we must insist on it every year.”

Sigfrido Fruit is a young and fast growing company. In just a few years, it has managed to position its brand both in the domestic market and in other European countries. “Spain is becoming a great mango consumer, although most of our shipments go to France, Belgium and Italy, as well as to the Netherlands, to a lesser extent, and to other destinations. We work for brand-oriented markets, so we make a huge effort to maintain high quality levels, which is appreciated by our customers; hence our exponential growth," says Sigfrido Molina.

Even before the coronavirus, this Malaga-based company had already decided to stop working with mangoes imported by plane. “Last year we realized that there are already too many operators working on this product, and the quality levels have dropped considerably, even though the product remains expensive due to the high costs of air freight. However, it is a product that is rather used to complement orders. In fact, after flights stopped during the coronavirus crisis, the market hasn't seemed to have missed it much," says the producer.

The Spanish avocado harvest will be more limited in the next campaign
The Spanish avocado campaign came to a close in May with high demand and prices, despite the greater volume and the on-going health crisis. "We have closed a successful Spanish avocado season and we're satisfied both on our part and on that of our customers and suppliers," says Sigfrido Molina. "For the next campaign, a lower production (or off year) is expected, so we will be forced to look for fruit from other origins to meet all our demand."

At this time, the avocado market is going through some difficult times due to the oversupply of Peruvian fruit. "There has been poor planning by both some Peruvian exporters and European importers. The market collapsed in early June and there has been a price crash. For there to be a balance between supply and demand, the European market can take around 10 million kilos of avocados per week, and for a few weeks, between 13 and 14 million kilos have been arriving. Not even by lowering prices is it possible to increase the demand. This causes good quality fruit to end up being used to produce guacamole.”