"Rhubarb being poisonous after June 21 is a myth"

The longest day of the year (June 21) has passed and the days are slowly getting shorter again. The longest day also has the story that it is no longer allowed to harvest rhubarb because this vegetable would then be poisonous. "This is of course a myth," says Rob de Rond of De Rond Agro from Hoeven. “That is only the case if you leave the rhubarb on the field for too long. This causes the stem to become woody and the amount of oxalic acid, which the rhubarb naturally contains, increases. Another story is that from the longest day the plant has to build up energy for the next season. We have adapted our cultivation of rhubarb accordingly. In other words, you can continue to eat rhubarb with confidence after that date. ” 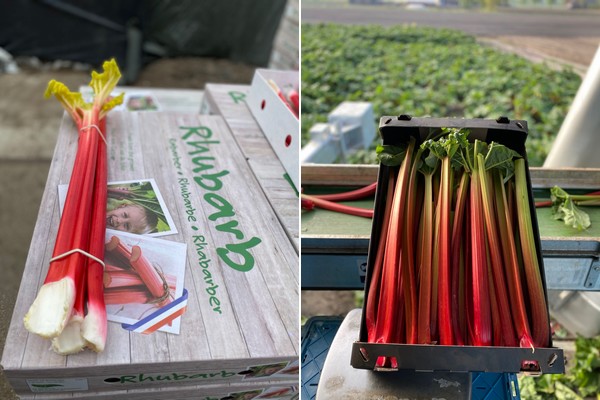 In addition to the cauliflower, parsnip, celeriac and bok choy that De Rond Agro grows, the company can grow rhubarb almost all year round. “We often do not have a high-quality product for harvesting for 1-2 weeks in September, but we do for the rest of the year. From mid-April to mid-September, this is rhubarb from open ground and from October it comes from greenhouses and covered cultivation.” 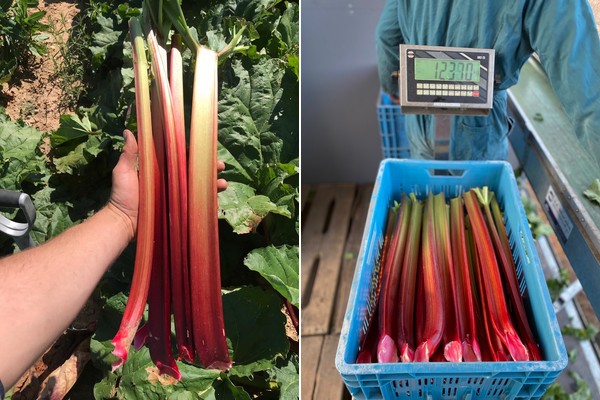 The rhubarb, which is harvested in winter, is mainly intended for the English and American market. "These are two of our main markets," says Rob. “In the summer, the major share goes to the European market. The main season is between February to June when most rhubarb is sold. We certainly noticed some effects of the Corona Virus because it fell in the middle of our main season. Certainly in the first two weeks, after that the trade picked up again and we slowly saw a healthy demand for rhubarb, but the weather had a greater impact on our cultivation. Rhubarb likes moist invigorating weather. This spring we suffered from too much dry weather, sunshine but also frost, all of which are not conducive to top yields. The dry, hot summers of the past two years also affected yields. As a result, our yield was significantly lower than normal. Our colleagues in Europe have also been affected by this, which led to more demand than usual for rhubarb. It remains to be seen how this summer will develop and what the consequences will be for the yield next year… ” 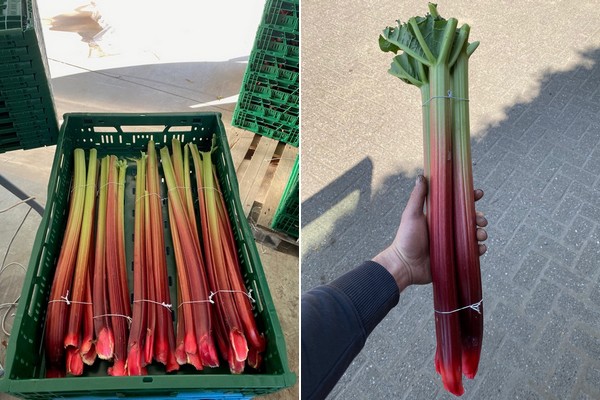 Regarding the varieties, Rob grows two. “We have the Raspberry Red in the summer and the Goliath in the winter months. We are currently also experimenting with other cultivation locations abroad for the weeks in which it is more difficult to cultivate on our acreage in the Netherlands. ”

Meanwhile, we see that there is a little less focus on rhubarb in retail. “It is still offered, usually from mid-April to late June. After June, there is still more than enough high-quality product available. We also hear from consumers that there is still a demand for rhubarb, but it is hardly available. We experiment every year to keep the quality, shelf life and availability as constant as possible. Just like our company, rhubarb can be an added value as a product. Another tip if you buy rhubarb, the redder the stem, the sweeter the taste. ”