Grapa is reaping the fruits of its labour during these days at the peak of the table grape harvest in Egypt. “We are delighted to announce the release of our chosen ARRA™ varieties for commercialization to all Egyptian table grape producers” reports Grapa Varieties CEO, Rafi Karniel. “So far, this is proving to be a great season for the Egyptian ARRA growers who have succeeded in producing high quality crops.” Rafi continues, “After four years of intensive evaluation, we are very pleased to see the growers being rewarded for their hard work.”

Since 2017, the Grapa technical team and a select group of Egyptian table grape producers, among them NFC* members, have been busy evaluating a suitable range of ARRA varieties to introduce into Egypt. After years of continual assessment and refinement of growing guidelines, Grapa is confident that this chosen range of ARRA varieties has adapted very well to the Egyptian environment and as a result of this success, Grapa is now releasing these varieties to all Egyptian growers for commercialization. The chosen varieties are ARRA Sweeties™ (ARRA 15), ARRA Passion Fire™ (ARRA
29) and ARRA Sugar Drop™ (ARRA 30). 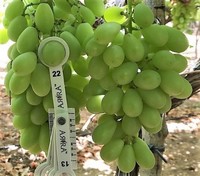 ARRA Sweeties™ (ARRA 15) is planted worldwide, in more than 20 countries, due to its unique adaptability to differing climates. Evaluated in FATA’s vineyards over the last four years, this fertile variety is showing a great performance. As FATA owner, Mr. Hamdy Fayed, reports, “The ARRA Sweeties is a beautiful, white, seedless grape which easily replaces Thompson. It is crunchy and sweet and this may be the reason to name it Sweeties!”

ARRA Passion Fire™ (ARRA 29) is an early variety with great eating quality and shelf life and is cultivated by some of the main table grape producers in Egypt, including well-known companies such as Belco, Technogreen, Blue Nile, FATA and Agrostar. Technogreen is the largest producer of the ARRA varieties in Egypt and their Farm Manager, Eng. Mostafa Hassan is very pleased with their ARRA Passion Fire harvest this year. Eng. Hassan explains, “This season we achieved high quality in spite of the pandemic and by the workers applying the recommended preventative safety measures, we were able to overcome the dangers of infection from the Coronavirus during the harvest.” 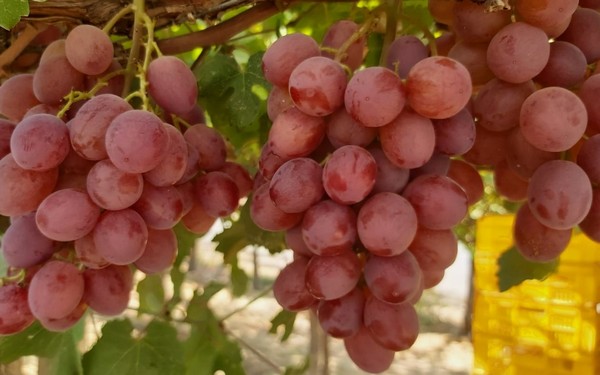 ARRA Sugar Drop™ (ARRA 30) has produced excellent quality harvests this year and has proved itself to be well-suited to the Egyptian climate. This early, white seedless variety is very fertile, has an excellent eating quality and holds up well on the vine.

In addition to this chosen range of ARRA varieties, Grapa is at present assessing upcoming pipeline varieties which are exhibiting very encouraging results. On account of the Covid-19 pandemic, Grapa could not hold the annual ARRA field day in Egypt this year. However, while maintaining the necessary safety precautions, many private visitors came to view the fruit in the trial blocks and were most impressed with the pipeline varieties ARRA 33, ARRA 7A-40+1 and ARRA 24A-15+3.

ARRA 33: A very early white variety (ripening the same time as Early Sweet), which is easy to grow, with very limited labour requirements. Both the shelf life and the freshness of ARRA 33 are outstanding, making it an ideal candidate for a great commercial future. 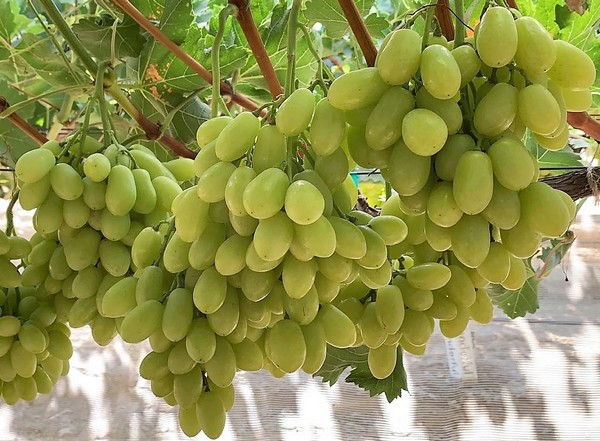 ARRA 7A-40+1: A very early, red variety with remarkable fertility, which colours naturally and uniformly as sugar accumulates and ripens ten days before Flame Seedless. Grapa is looking forward
to a great future for this variety. 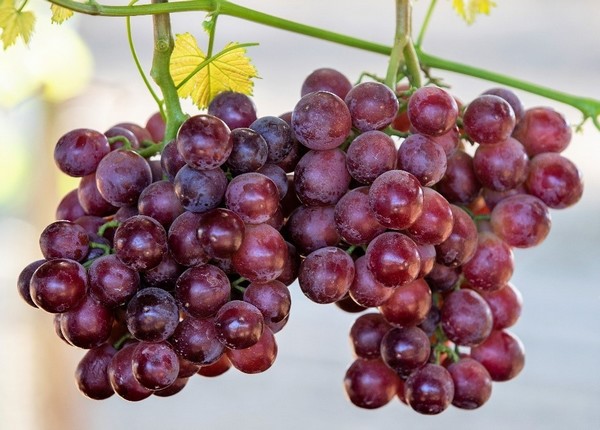 ARRA 24A-15+3: A new promising early black variety with large, elongated, sweet and crisp berries with high yield, ripening at the same time of ARRA 30. 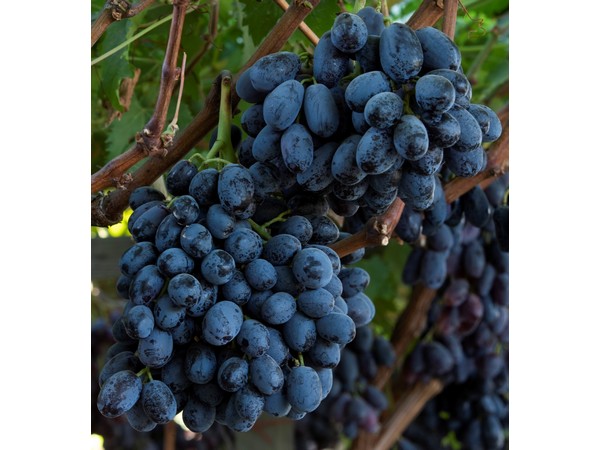 In summation, Grapa President and ARRA breeder, Shachar Karniel, remarks, “To the mutual benefit of all, the Egyptian table grape producers have come a long way to improve the quality of the ARRA varieties in Egypt. We see that their efforts over the years have led to both great technical and commercial achievement and we are looking forward to the continued success of the ARRA varieties in Egypt.”