Goods vehicles carrying mangoes from Malda to other states are being delayed because of huge craters and potholes littering the national highway. A number of vehicles have been damaged.

Mango farmers in Bengal’s Malda district, who are among the highest producers of the seasonal fruit in the country, claim to have been badly affected by the poor condition of National Highway-34 in the district. 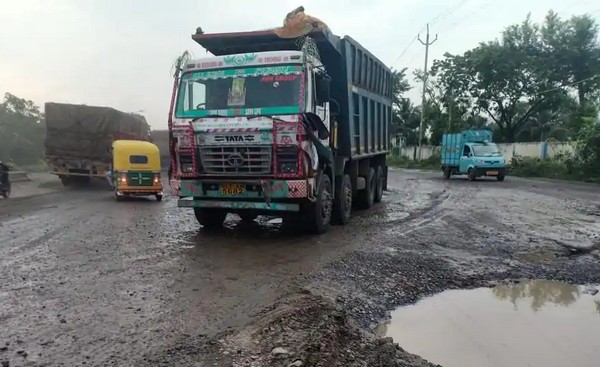 The traders have written to Prime Minister Narendra Modi on Thursday, seeking a relief package to cover their losses.

Though many orchards were damaged by Cyclone Amphan on May 20, Malda is expected to produce more than 3,00,000 metric tons of mango crop this year. Traders claim that no district in India produces more.

Ujjal Saha, president, Malda Mango Merchants’ Association, said, “We were expecting a production of at least one lakh metric ton more this year but the cyclone played spoilsport. The orchards are spread across 31,000 hectares.”

“More than 5,00,000 people in Malda district are directly or indirectly associated with the mango trade. We have suffered a loss of more than Rs 1 bln because of the cyclone and now shipments to Jharkhand, Bihar, Assam and Odisha have been hit because of bad roads,” Saha said. “Most traders use NH-34 to send the shipments. The monsoon has damaged the highway and craters have been found in many places. This is delaying shipments. Traders cannot afford temperature-controlled containers."

According to the traders, the condition of the highway is exceptionally poor in Fatullapur, Jadupur, Narayanpur, Islampur and some areas in Murshidabad, Nadia and North 24 Parganas district. A sizeable quantity of Malda mango is consumed in Kolkata.