"There is a rising trend in tomato prices again"

The export of Belgian tomatoes is currently going well. "There is a lot of demand and we can sell good volumes to Spain and Italy," says Philippe Degré of Rotom Tomatoes. Despite the high demand, prices are at a fairly low price level. “There is currently a lot of supply from the Netherlands and Belgium, which depresses prices. However, prices have been rising again since last week. ” 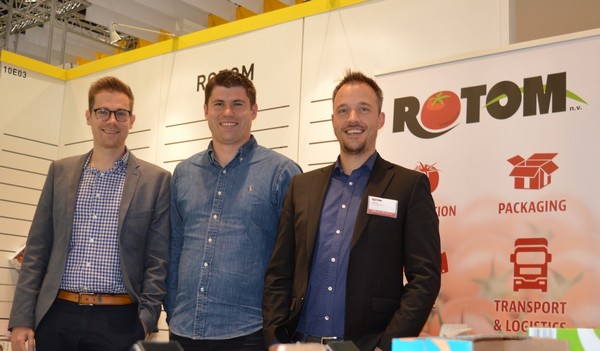 “When the coronavirus broke out in Europe, we were worried that exports would decline because no one was allowed to travel and close markets. Despite the measures taken by the countries, the drop in demand was not that bad. Fortunately, the early markets were allowed to remain open and we have also been able to sell many tomatoes in the South in recent months,” says Degré.

“Our main export countries are Spain and Italy. In Spain, vine and beef tomatoes and our Coeur de Boeuf tomatoes are especially popular. In addition to the vine and beef tomatoes, the Italians also ask for a lot of specialities. San Marzano's, Torrino tomatoes are in demand in Italy, but we are also exporting some bell peppers and Papritoms in addition to our tomatoes,” says Phillipe. The exporter is very satisfied with the quality of the tomatoes this year. “The tomatoes have had a good growing season. The colour, size and taste is very good this season. As a result, we are receiving virtually no complaints. ”