"Chicory is a real all-rounder"

Gamper & Co. Gemüsekulturen is one of the major producers in Thurgau with 5,800 tons of vegetables and salad and 100 hectares of cultivated land. Now the company has consistently continued its commitment to sustainability by building a new solar plant. Plant manager Fabian Etter answered our questions about the new project and the Swiss market for chicory. 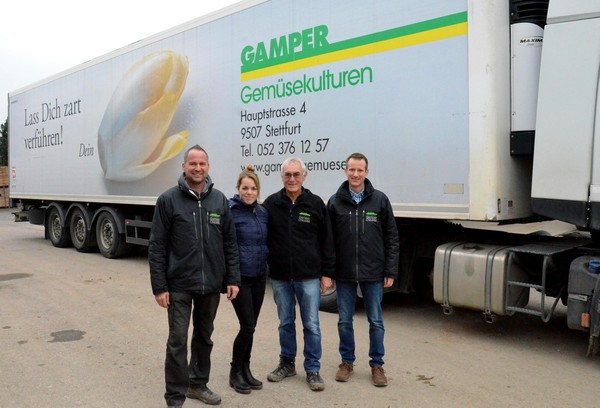 The management of Gamper & Co. Gemüsekulturen

"We spent a few years working on the subject of solar energy," Etter recalls. "It is, of course, a major investment and we therefore wanted to look for the best solution for our company. Now we have put the plant into operation this year, as we were convinced that this was the right decision both ecologically and economically." Agricultural businesses are particularly suitable for photovoltaics, due to the large surface areas available. Gamper Gemüsekulturen has now exploited this potential. A large installation has been created on an area of over 5,000 m², which extends over a total of four buildings. After completion -in early 2020- these roofs have supplied solar power, which will be used to a large extent in the company's own operations. The surplus is being delivered to the Stettfurt power supply company." 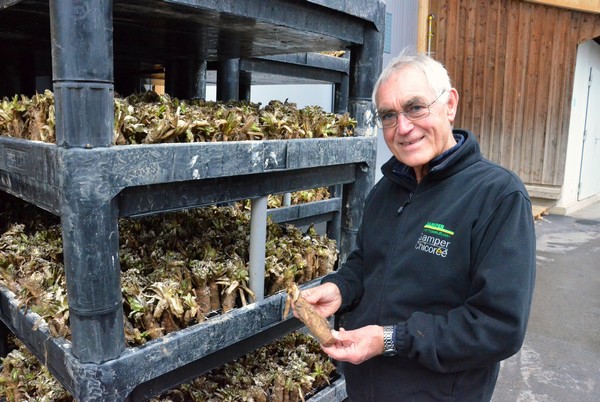 Erwin Gamper with a load of chicory roots

MBRsolar as partner for solar technology
MBRsolar was deliberately chosen as a partner for the realisation of the large-scale solar plant project. The company is based in the neighbouring village and has specialised in photovoltaics for agricultural enterprises for many years: "Since its foundation, over 1600 systems have been installed. Nevertheless, the project at Gamper Gemüsekulturen was an interesting challenge, as it is one of the largest projects we have implemented. The achieved output of almost 1000 kWp impressively proves the success of both partners," MBRsolar says.

Sustainability
A major concern of Gamper Gemüsekulturen is to preserve the environment so that excellent vegetables will continue to thrive in Eastern Switzerland for many years to come. "The idea of sustainability plays a very important role for us and our customers. Of course, our plant significantly improves our ecological footprint - which is also an increasingly important issue on the customer side." 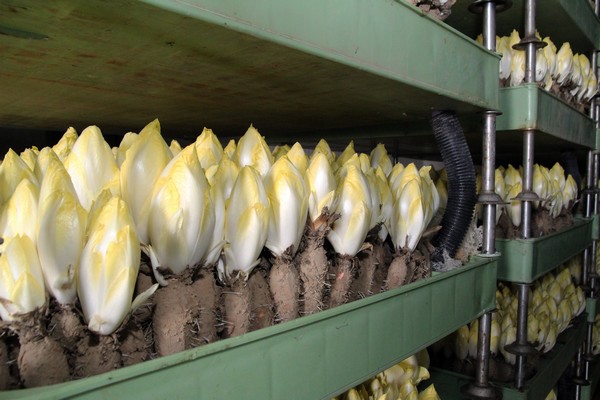 A large part of the energy gained goes into the cultivation of chicory. Gamper is one of the largest producers of conventional and organic chicory in Switzerland: "We can cover a good 50% of our own energy requirements from cold stores for outdoor products, the packing facilities and the root cooling rooms for the chicory. Since we grow chicory all year round and the roots have to be kept at -2°C continuously, the energy input is quite high." In the future, the share of solar energy is to be increased even more, through a battery storage system. 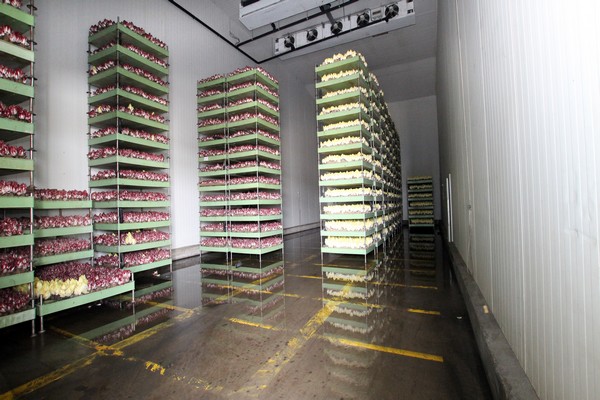 Great popularity of chicory
In the winter months in particular, from February to April, there was a run on Gamper chicory this year. "And this was just at the height of the restrictions imposed by the coronavirus. To be honest, we don't know why either," Etter says. Compared to previous years, he saw the demand being twice that of what it normally is, in March. 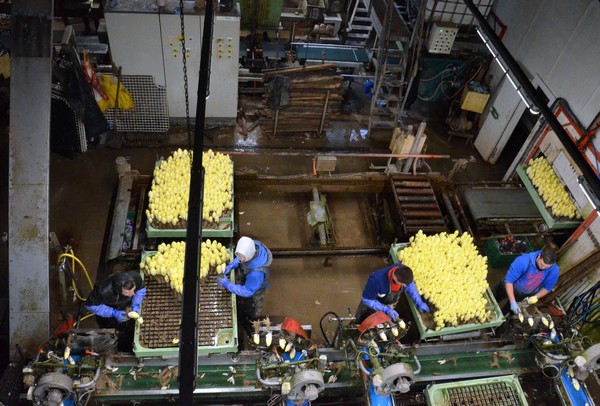 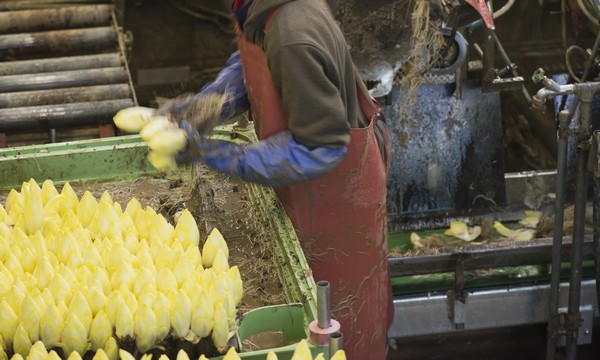 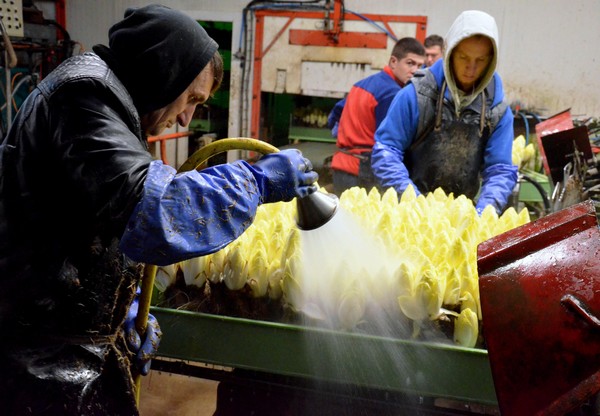 On the company floor

While Belgium and the Netherlands have traditionally been the strongholds of chicory consumption, consumption in Switzerland has been declining somewhat in recent years. However, the seasonal nature of the consumption has also been lost: "Since 2006, we have been growing chicory all year round. Traditionally, chicory was a winter salad, but today it is used in a much more versatile way: it can be put in the gratin, on the grill, it tastes good cooked, fried, steamed or simply as a salad," enthuses Etter. 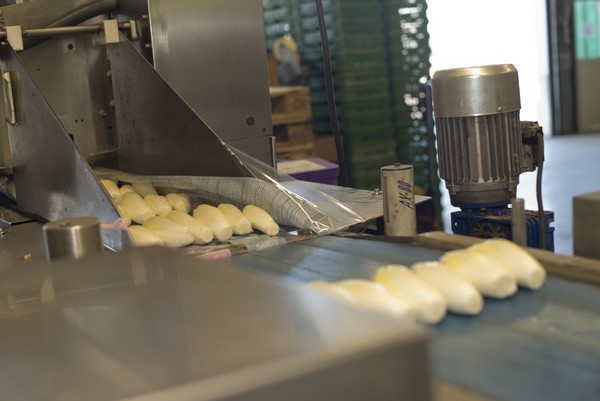 In order to boost the consumption of this classic even further, the Association of Swiss Chicory Producers Swiss & Diva has already launched major marketing campaigns. "We have developed small recipe books around chicory, which we give away to major distributors. For a customer, we have developed a new packaging design that once again highlights the advantages of the vegetables". He concludes: "Few people know that chicory is an all-round success when it comes to market trends: it is very healthy, low in calories, versatile, available all year round and can be grown regionally." 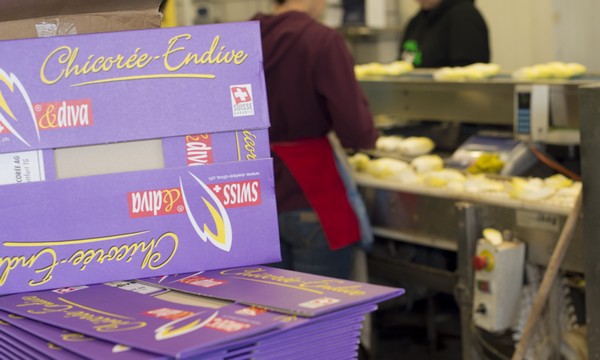