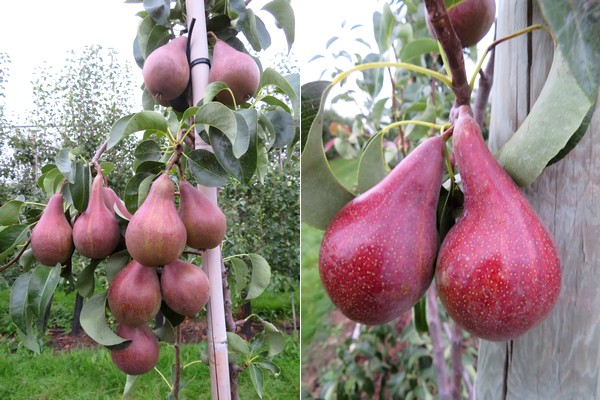 After years of research and observation to absolutely ensure that everything is going as expected and all is stable, Verbeek Boomkwekerijen announces that for the first time this year Red Conference® trees have been planted commercially. "And next season we will put about 100,000 to 150,000 trees on the market," says Ad Verbeek of Verbeek Nurseries. “Many people have been looking forward to this news for years, but developing and propagating the trees has taken quite some time. We also published the news about the Red Conference® very carefully, because we wanted to be sure of good results. Now that these results are available, we can provide more clarity. ” 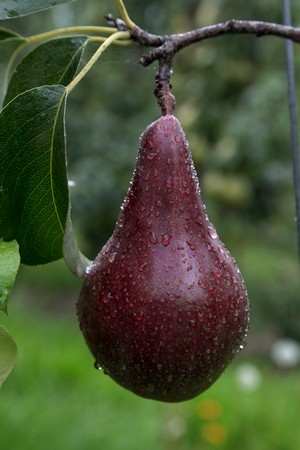 “The Conference pear is one of the most famous and popularly eaten pears in Europe and when we found the red variation we immediately realised that we had something special in our hands. We decided to turn it into a club concept. A company has been established for this specific purpose to develop and market new varieties. This company, called Belo Horizonte, has a global license for the Red Conference®. This group examined which sales options are the best fit for the Red Conference®. Thanks to the excellent experiences we have had with the Pyrus Robellus Group, who developed and market the early red pear 'Gräfin Gepa' / Early Desire®, we have arrived at its marketer: Frupaks-Vernooij. Last season, the 'Gräfin Gepa' pears, in addition to a high kilo yield per hectare, yielded an average net payout price of € 0.72 for all harvested kilos (including class II and III), after deduction of sorting and cooling costs. As a result, the demand for 'Gräfin Gepa' trees for the coming season has increased enormously. However, our focus has broadened to the Red Conference®. We ended up at the Belgische Fruitveiling, because they indicated that they wanted to participate in the project and because they have a lot of experience with the marketing of top fruit and Conference in particular,” says Ad. 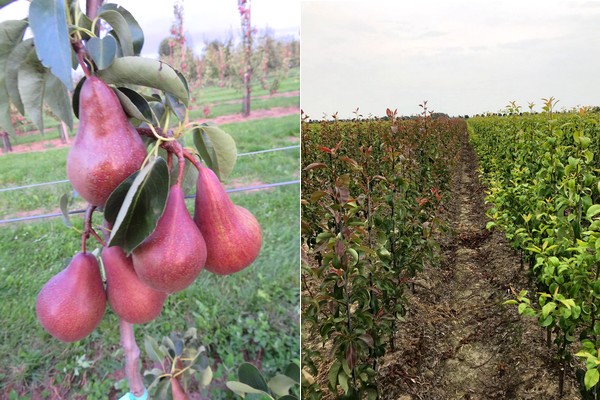 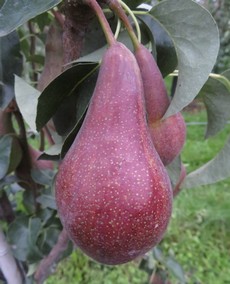 After the discovery it was silent for a number of years around the Red Conference®, because Verbeek and partners did not want to run the risk that the mutant would mutate back to green, but this has not happened. “The Red Conference® is a very stable mutation, which means we can now go public”, continues Verbeek. “This year we have planted a total of 10 hectares in Belgium and the Netherlands and next year at least 50 hectares will be added. In the Netherlands it is a club variety with a closed concept, which will only be marketed by Frupaks-Vernooij. It is possible for everyone in the Netherlands, including members of other large cooperatives, to plant this variety. Of course, one will have to adhere to the club conditions for this variety. In Belgium, the Red Conference can only be planted by members of the BFV. ”

“We are convinced that the Red Conference® will have a positive effect on the sales of Conference pears. Since we announced the news of the discovery, we have received a lot of questions from parties from abroad. This already indicates that there is a great demand from the market for a red pear with the properties of Conference. As it looks now, the Red Conference® is looking forward to a bright future, ”concludes Ad. 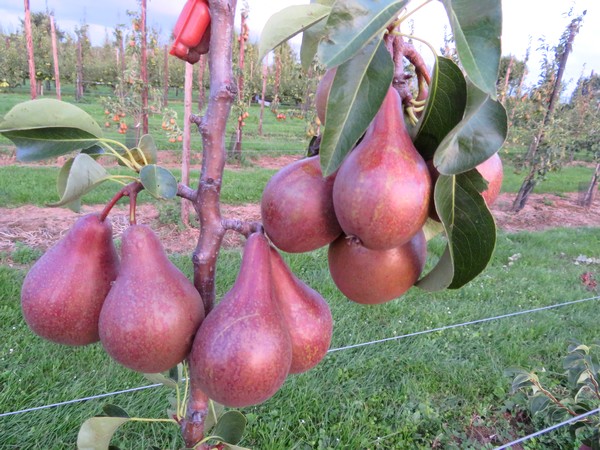