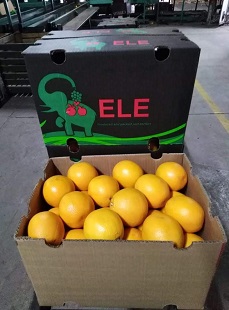 Gary Britz of ELE Trading notes that among the uncertainties and drastically altered market dynamics, there is, from the citrus industry’s point of view, a silver lining to this season.

“We’ve been very fortunate to continue trading as an essential service and I don’t think Covid-19 has affected our industry as much as others."

"You’ve seen every citrus commodity is very healthy in terms of exports, there’s not one that’s lower than previous seasons, with record volumes of lemons and soft citrus going out, as predicted.”

It has been a normal season for Star Rubys, he says. “Interestingly enough, with the better weather we’ve seen a larger size profile on the Star Ruby.”

He continues: “I think you’re going to see the same with oranges, whose volumes are much the same as in 2018. It’s early in the orange season, but I think you’ll find oranges are also a size bigger this year.”

The Midknight and Delta harvests are imminent. Recent cold weather across much of South Africa will have hopefully been a boost for colour development on Midknights and Deltas.

“Midknights and Deltas will do well all around the world. Some markets like Canada will only take seedless Valencias. They also do very well in China and in South East Asia.” 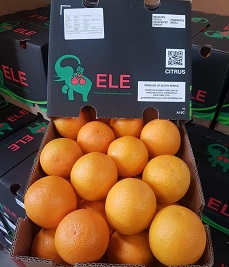 ELE Trading usually orients its citrus sales equally in five directions – EU, Middle East, Russia, South East Asia and Canada – but this year they’re probably going to be more cautious in the Far East, a sentiment shared within the industry.

South Africans have taken note of the torrid time Egypt has had in China with their Valencias.

“I absolutely think South Africans are going to be more cautious in China, but you have to be careful whichever market you go to. It’s like playing chess and sometimes your next move isn’t the best move.”

“It’s easy to sell the fruit but are you going to get paid? What is the financial position of some of the financially sound receivers post Covid-19?”

It has been very difficult for small South East Asian importers with the closure of wet markets, he notes, some of them had closed for two months.

Processing sector coming back to life
“South East Asia is virtually not ordering any lemons. Hong Kong has had the double whammy of the riots and the closure of restaurants and hotels. A lot of lemon is sold in restaurants and pubs and that market has been really badly affected, as well as the processing business and juicing in Europe, but they’re all coming back to life, both in Europe and in South East Asia.” 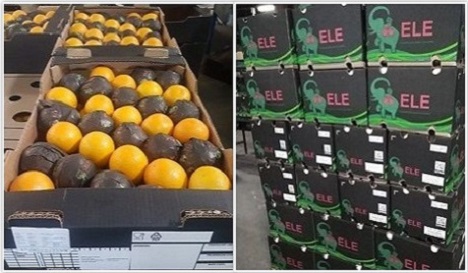 “In Singapore and Malaysia there’s not a fantastic demand for anything. It’s not easy to sell in those markets, at all. It’s very difficult for small traders. Malaysia has opened but it’s not as vibrant as it used to be.”

Processing businesses in Europe and Asia are slowly coming back online.

Worry at EU’s ability to absorb increased lemon exports
In the Middle East, the lights are “starting to flicker again” after huge lemon oversupply engulfed a market that had started on a fantastic note. He thinks lemons will be subdued in the Middle East for a while still.

The orange market in the Middle East is still fairly healthy.

“I’m also very worried about the amount of lemons that have gone to Europe, almost double the usual amount, but in Europe it is going to be interesting to see what happens this year during the traditional holiday season where normally people go on holiday but this year they will be staying home. We don’t know what the influence could be on citrus sales but we expect it could be positive.”

The Canadian market has been subdued due to Covid-19 measures, and sentiment on this easily-oversupplied market is one of caution.