"British and Irish mushrooms do it best"

British and Irish mushrooms can be on the retailer’s shelves within 12 hours of being picked and at the most only travel around 400 miles. In contrast mushrooms coming from the continent can take up to 36 hrs to reach the shelves and travel 1000s of miles. Making the local mushroom much fresher and giving them a longer shelf life according to Padraic O'Leary, MD of Walsh Mushrooms.

“In the last three months demand for mushrooms has been very strong, we have seen 1.2 million new shoppers and £113m in sales in the first three months of the year. If this continues, we will be looking at sales of £450m by the end of the year which is phenomenal.” 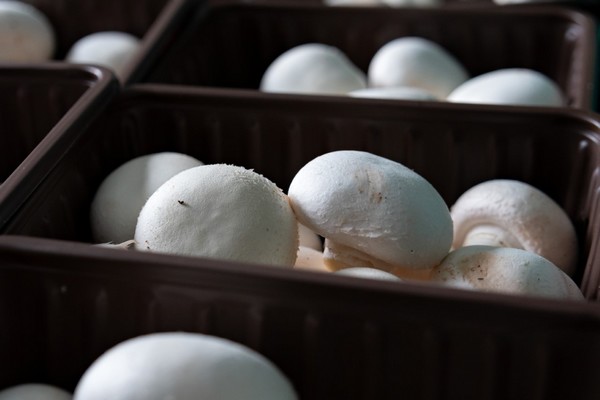 Much of the extra sales can be put down to people cooking at home, so although there has been a decline in food service demand there has been a surge in demand from retailers. Sales of Vitamin D enriched mushrooms have also seen a good increase.

“We have the vitamin D mushrooms on the shelves with flash labels highlighting the fact that they are vitamin D enhanced. Only domestic mushrooms have the enhanced vitamin D.”

There are promotions such as mushroom week and veggie weeks to promote awareness about going meat free, but Padraic said they don’t really see a big spike in sales during these promotions. “I think the British public are still a bit away from swapping out their burger on the BBQ for a mushroom, but campaigns to encourage people to reduce meat by 25% and introduce mushrooms do have an effect. It’s a big trend in countries like the US and Australia for people to get their protein from mushrooms and I think we will see more of it here in the future.” 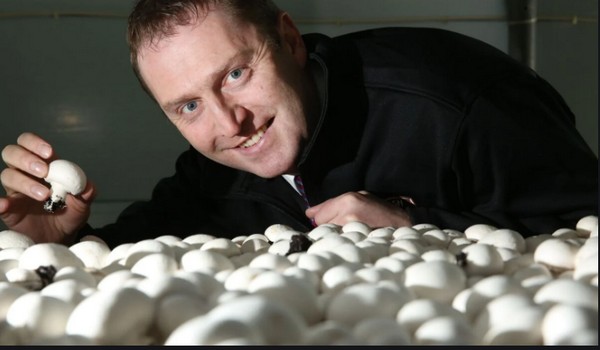 As with many agricultural sectors labour is a challenge, it is mostly Eastern European on the staff at Walsh Mushrooms. “Although we have fared well during the last few months when travel restrictions have meant that people stayed with us instead of maybe going to pick fruit for the summer months, in the long term labour will remain a challenge. Brexit will of course make the situation worse, even in recent years the UK has become a less attractive place to work as the value of the pound has fallen and other European countries offer more certainty.

“Brexit will also affect production, we can be self sufficient in the UK, but we need more workers before we expand. We also have production in Ireland but at the moment we don’t know if there will be tariffs post Brexit.”